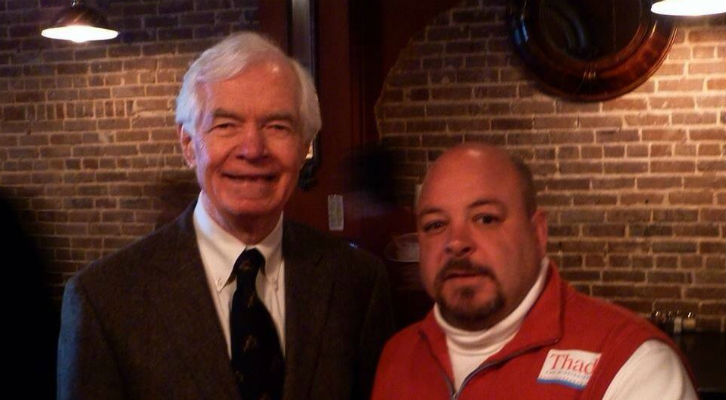 Photo evidence and a police report filed on the night of Sunday, June 22 reveals a Thad Cochran staffer and member of the DeSoto County GOP executive committee stealing FreedomWorks for America (FWFA) yard signs supporting his runoff opponent, Chris McDaniel. FreedomWorks for America had been conducting a statewide tour to distribute an additional 20,000 lawn signs and 40,000 door hangers.

The witness who took the photo evidence fears blowback from the Cochran campaign if his identity is revealed, though he is conducting interviews on the condition of anonymity.

“I was on my way home from getting gas at a local grocery store and I noticed a passenger jump out of the truck and swipe a Chris McDaniel campaign sign… I followed them to another location where the passenger proceeded to remove more signs,” the witness recalled.

“I felt that pulling up opposition’s campaign signage is wrong and something had to be done about it. I guess the Thad campaign doesn't have a message to tell after 41 years, so they will attempt to destroy the opposition at any cost.”

FWFA National Political Director Russ Walker added, “We are not sure if this is a coordinated effort statewide, but we do know that there have been incidents of vandalism and theft reported everywhere from Jackson to Southaven. Desperation makes sinking campaigns do extreme things. Our activists have also reported incidents of fake phone calling to households from ‘FreedomWorks,’ which is not our Super PAC.”

In an effort to prevent further sabotage from the Cochran camp, FWFA has joined with other conservative groups in a voter integrity project to monitor polling locations throughout the state.