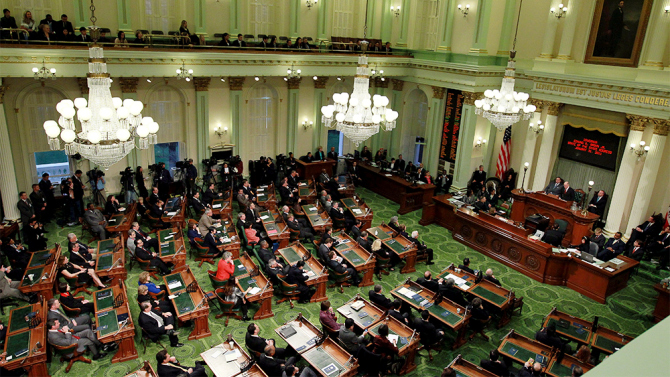 The California Assembly killed legislation on Thursday that would have addressed a concerning loophole in state civil asset forfeiture law. The loophole allows state and local law enforcement to circumvent protections for innocent property owners in California's forfeiture laws by pursuing seized property under the federal government's terrible forfeiture laws.

SB 443, introduced by state Sen. Holly Mitchell (D-Los Angeles), would have provided a measure of protection for innocent people by deterring the profit motive that exists under federal forfeiture laws. Currently, state and local law enforcement partnering with federal agencies can circumvent state forfeiture laws by transferring seized property to the federal government without charging or convicting the owner of a crime. Federal prosecutors can begin forfeiture proceedings against the property under federal forfeiture laws. State and local law enforcement can receive up to 80 percent of the proceeds from federal forfeitures through the Justice Department's Equitable Sharing Program.

Federal forfeiture laws have allowed California law enforcement to reap a windfall. From 2009 to 2013, state and local law enforcement received $384 million in payments from the Equitable Sharing Program, compared with $116 million under state forfeiture laws over the same period. In 2010, California received "nearly 20 percent of all Department of Justice equitable sharing payments," according to the Institute for Justice.

SB 443, which easily cleared the state Senate in June, addressed one of the problems with federal forfeiture laws by requiring criminal conviction before state and local law enforcement can receive any of the proceeds from the Equitable Sharing Program. Other meaningful parts of the bill that would have further addressed the profit motive were removed before the bill went to the Assembly floor, as Reason's Scott Shackford notes.

Still, SB 443 was an important piece of legislation for three reasons. First, as explained, it took on the profit motive and the lack of due process in federal forfeiture laws by requiring a criminal conviction. Second, it reestablished a measure of state sovereignty. The Department of Justice and the Department of the Treasury threatened to decertify California law enforcement agencies from participation in the Equitable Sharing Program if SB 443 became law. California law enforcement used the federal government's bullying in their efforts to defeat the bill.

Interestingly, shortly before SB 443 went to the floor for a vote, CJ Ciaramella, a reporter with BuzzFeed, tweeted that the Department of Justice backed off its threat. "The latest proposal does not violate the statutes or policies governing the Justice Department's Equitable Sharing Program, and California agencies would not be deemed ineligible as a result of the provisions, if enacted," the spokesperson said. "However, the provisions as drafted may make it impractical for California agencies to participate because of data-tracking and timing issues."

Unfortunately, the Calfornia Assembly still succumbed to misinformation about the effects of the bill peddled by its opponents.SB 443 was defeated on Thursday by a vote of 24 to 41. While this is a small setback, the momentum for civil asset forfeiture reform in other state legislatures continues to build. Unlike California, in Michigan, for example, law enforcement is on board with reform.

A recent survey by Tulchin Research, conducted on behalf of the American Civil Liberties Union of California, found that 76 percent of Californians oppose allowing law enforcement the ability "to seize and permanently take away property from people who have not been convicted of a crime." Assembly members who voted against SB 443 will have to explain why they voted against due process and property rights to their constituents.