California Regulators Are Not Worthy of Former Californians Like Elon Musk 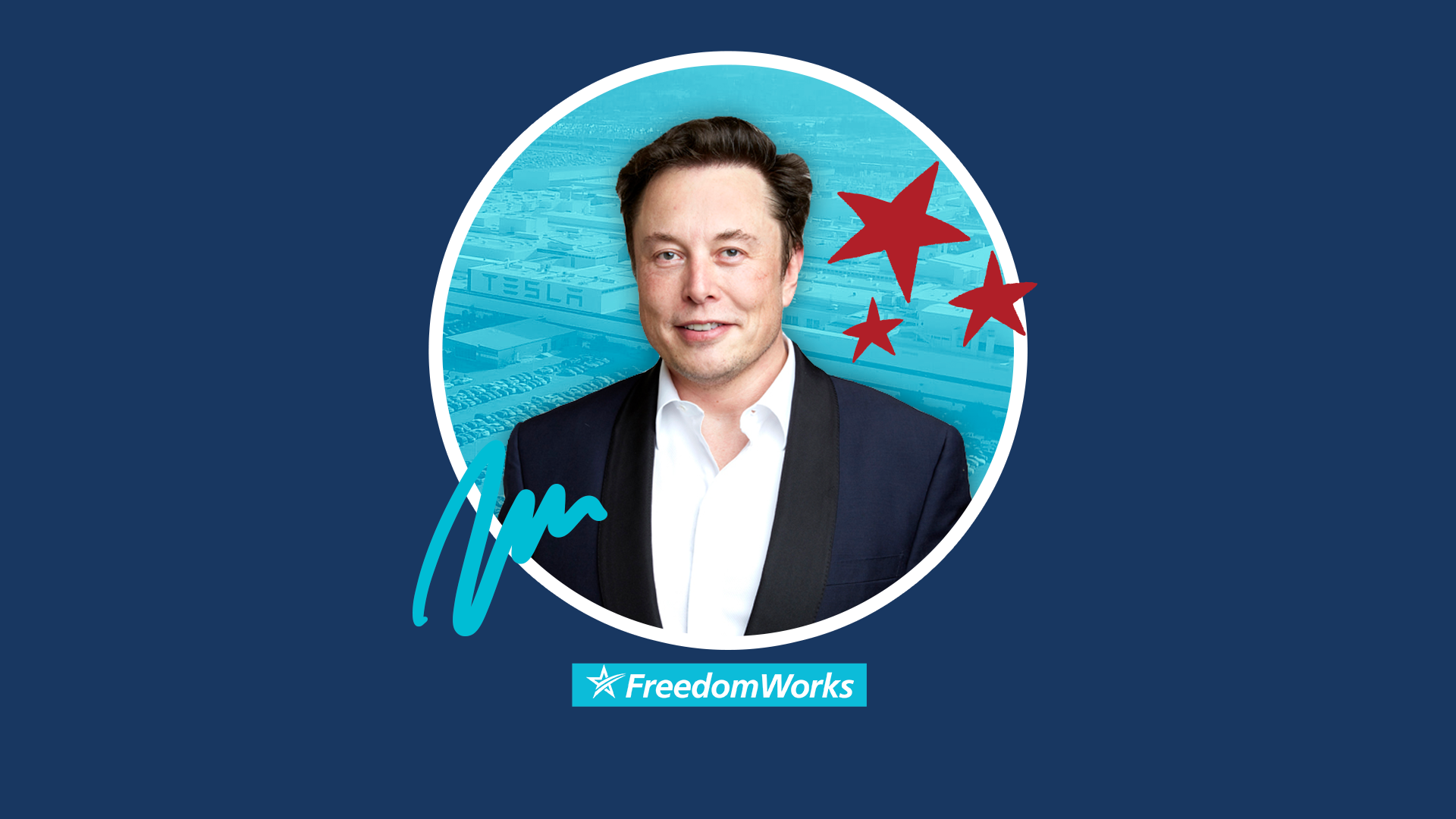 From when Elon Musk was very young he “plotted an escape from his surroundings and dreamed of a place that would allow his personality and dreams to flourish.” Those are the words of Ashlee Vance, from his 2015 biography of the remarkable entrepreneur. According to Vance, Musk “saw America in its most clichéd form, as the land of opportunity and the most likely stage for making the realization of his dreams possible.”

Musk’s towering vision of the United States is useful as a jumping off point with regard to what Tesla, the electric vehicle maker that Musk grew into a business behemoth against the longest of odds, is enduring right now in California. The state’s regulatory bodies are increasingly not worthy of the brilliant business minds within the state, and California’s Department of Fair Employment and Housing (DFEH) is ugly evidence of this truth.

For background, in February the DFEH filed a lawsuit against Tesla alleging systematic racial discrimination and harassment. Notable about the suit is that DFEH attorneys have based it on media stories and administrative complaints that the state agency has never actually investigated itself. Where it becomes rather troubling is the horrid nature of the allegations that the regulatory body hasn’t bothered to look into. Indeed, the suit contends that Tesla’s Fremont factory is “racially segregated” and a “slave ship.”

On their face, the allegations should raise skeptical eyebrows. That is so because as part of purchasing a Tesla vehicle, one of the perks for the buyer is a tour of the factory. Beyond that, Musk has long kept his factories open to automakers of all stripes with the proliferation of electric vehicles top of mind. In Musk’s view, the more the merrier. The more electric cars are accepted as the future of the automobile, the better the odds of growth for Tesla itself.

Both anecdotes rate mention as a way of questioning the brutal nature of the charges. That is so because for many Tesla buyers, it’s about much more than the car. It’s about making a purchase that right or wrong is the path toward improving life on the planet. This being true, does anyone seriously think Tesla would allow passionate buyers of a vision bigger than the car into a factory that was racially segregated at best, and a “slave ship” at worst? The question answers itself.

Considering other businessmen and potential competitors, does anyone seriously think Musk would allow them to witness 19th century conditions for a brand that prides itself on rushing an entirely different driving future into the 21st? This question similarly answers itself.

In short, from the outset the DFEH should have found itself seriously wondering about the validity of media stories and other complaints. They in no way tessellated with the Tesla that has so profoundly captured the enthusiasm of its customers and shareholders, but also their hearts. In reality, as of this writing there’s no claim from the DFEH that its attorneys have even visited the factory that lies at the heart of its lawsuit. Basically, DFEH is filing a lawsuit without evidence supporting its filing, and worse, it’s doing so without providing Tesla with any specifics about the allegations that are said to have informed its suit.

All of which calls for a brief detour, or digression. Here it’s worth pointing out that the DFEH is in a crucial way unlike the typical state agency. In particular, DFEH acts as a law firm in and of itself whereby the proceeds from its settlements are not disbursed in total to the plaintiffs. Instead, a portion is kept by the agency to pay its own expenses, along with the outside law firms that it outsources some of its activism to. To say that this arrangement creates substantive conflict of interest when it comes to mugging businesses of the deep-pocketed kind brings new meaning to understatement.

And as readers can probably imagine, it’s not just Tesla that’s subject to the DFEH’s quizzical behavior. In their investigation of the California-based video gaming company, Activision, DFEH was found to have violated California legal ethics rules when two of its attorneys didn’t disclose that they had previously worked on the case at the federal level. Even more disturbing are DFEH’s unprecedented and repeated attempts to block a federal settlement to pursue its own case, a move which would have delayed the aggrieved individuals’ access to an $18 million settlement fund.

Applied to Tesla, and branding of same whereby it strives for “purpose” above the profits born of manufacturing cars, it’s perhaps not surprising that the DFEH would happen upon it. Lawsuits like those of DFEH would in particular scare a company like Tesla given its customer base; possibly into an expensive, but also early settlement. The DFEH recently wrangled an unprecedented $100M settlement out of Riot Games. Simply put, Tesla more than most cannot risk the compromise to its brand that would emerge from horrid and drawn-out allegations that give the impression of “slave ship.”

Which is why its response is encouraging. Rather than caving, Tesla has replied in a blog post that “Over the past five years, the DFEH has been asked on almost 50 occasions by individuals who believe they were discriminated against or harassed to investigate Tesla. On every single occasion, when the DFEH closed an investigation, it did not find misconduct by Tesla.” Amen.

In fighting back, Tesla is requiring the DFEH to lay its proverbial chips on the table; chips it likely doesn’t have. Evidence supporting the previous claim is the aforementioned truth about the company’s very open factories.

Still, it’s worth asking if the damage has already been done. It’s well known that Musk has already taken his own herculean talents to Texas and its lighter regulatory and litigious ways, along with substantial parts of Tesla. Will the company’s Fremont factory eventually be moved, along with other Musk businesses (think SpaceX, Solar City) presently headquartered in California? This is the question. And it’s a sad one to ask.

To see why, please think back to a young Musk plotting his escape to the great United States. Once here, Musk knew that California would be his essential stage on which to make his massive mark on commercial and global progress. For doing so, he and his businesses are now being harassed in expensive fashion.

How sad if young individuals inside and outside the U.S., but with dreamy visions like Elon Musk once had, are taking notes as California becomes ever more hostile to business. Is this how the truly Golden State wants its beautiful story to end?

John Tamny is editor of RealClearMarkets, Vice President at FreedomWorks, a senior fellow at the Market Institute, and a senior economic adviser to Applied Finance Advisors (www.appliedfinance.com).

Tesla is Lose/Lose for American Taxpayers

Our government doesn’t have a lot of extra cash, but that doesn’t seem to stop them from handing it out to their buddies. That’s not really a fiscally responsible way to live but, hey, that’s never stopped them before. It’s kind of like loaning money to your friend who has a great idea that may or may not work, but you’re willing to take the risk.

Why Are Car Dealerships Still a Thing?

There are few retail experiences worse than buying a car. Before setting foot in a dealership, I spend weeks researching makes and models, printing out price sheets and psyching myself up like I’m headed into an MMA bout.“What if he tries to sell me the extended warranty? I’ll say no! Rustproof undercoating? No way! That lease looks like a pretty good opti… NO!”Despite constant promises of zero haggling and low-pressure sales, I always leave a dealership with a pronounced limp and wondering where my watch went.