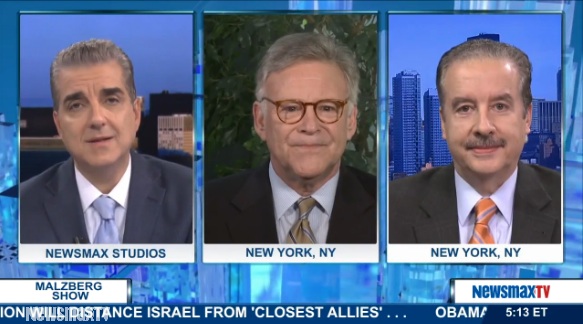 CDC Director Dr. Tom Frieden insists that travel bans would make the epidemic worse but his scientific judgement seems to be clouded by politics. Despite Frieden’s belief about travel restrictions, the first U.S. case of Ebola was from a man from Liberia who developed symptoms after he arrived in Dallas, Texas.

Obviously, travel restrictions from Ebola ravaged countries in West Africa would reduce the chances of more cases of the virus. Such a policy is far from extreme, in fact, travel bans and restrictions have been adopted by some African countries and several airlines.

Frieden’s resistance to a travel ban is completely consistent with President Obama’s recent statement on Ebola where he expressed concern for both Americans and Africans:

But let’s keep in mind that, as we speak, there are children on the streets dying of this disease -- thousands of them.  And so obviously my first job is to make sure that we’re taking care of the American people, but we have a larger role than that.  We also have an obligation to make sure that those children and their families are safe as well, because ultimately the best thing we can do for our public health is also to extend the kind of empathy, compassion and effort so that folks in those countries as well can be rid of this disease.

In addition to not adopting the safest possible strategy to reduce Ebola on our shores, the CDC has a pattern of making serious mistakes in handling infectious agents.  In my August commentary on Townhall.com, I noted the CDC’s errors:

That’s right, the CDC, whose business is to handle the most dangerous bacterial and viral agents has, on multiple occasions, made mistakes with pathogens including anthrax and the flu virus.

It’s crucial for the public to recognize the CDC’s previous problems as we examine its policies to deal with Ebola and other infectious agents including possible bioterrorism.

I had an opportunity to debate this topic on The Steve Malzberg Show on Newsmax TV.

Tom, when the first American military personnel becomes inflicted -- with thousands in the region of the outbreak., and the fact that the opposite always happens than what the administration always assures us will, a outbreak among our troops will be juxtaposed to the reaction -- real or unreal to west Africans. There is something diabolical about this. This could be cover for not sending troops to fight ISSIS

Is the U.S. Headed for a Recession?

FreedomWorks Congratulates Mayra Flores on Being Sworn Into Congress

WASHINGTON, D.C. -- FreedomWorks is proud to welcome Congresswoman Mayra Flores to D.C. and congratulate her on being officially sworn into Congress.