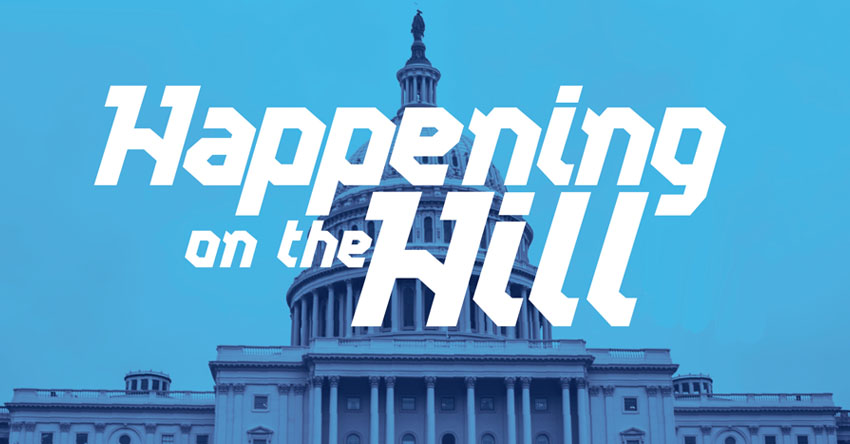 The House is back in session on Tuesday. Legislative business begins at 2:00 pm. Votes are postponed until 6:30 pm. There are 15 bills on the suspension calendar for today and tomorrow, and there is a homeland security theme, generally.

The House will vote on Tuesday to go into conference on the Defense and Labor, Health and Human Services, and Education minibus, H.R. 6157. It’s possible that the conference report for H.R. 5895, which is minibus for the Energy and Water, Legislative Branch, and Military Construction and Veterans Affairs, will come up this week if an agreement is reached. A vote to go into conference on the minibus for Interior, Financial Services, Agriculture, and Transportation and Housing, H.R. 6147, is not on the calendar, although it could be added.

There are 11 legislative days currently scheduled until September 30, the end of FY 2018. The House is scheduled to be in recess the week of September 17. Although the House may vote on the conference report for one minibus, none of the appropriations bills are done, and time is running out.

There are three rule bills for the week. House will consider the Empowering Students Through Enhanced Financial Counseling Act, H.R. 1635, and the Ensuring Small Scale LNG Certainty and Access Act, H.R. 4606, on Wednesday. The House Rules Committee will meet Tuesday at 10:00 am to consider the rules for both bills. The remaining rule bill for the week is the Community Security and Safety Act, H.R. 6691. Rules will meet on Wednesday at 3:00 pm to consider the rule for the bill.

The House Energy and Commerce Committee will hear testimony from Twitter CEO Jack Dorsey on Wednesday beginning at 1:30 pm. The social media platform has been accused of bias against conservative opinions, including “shadow bans” of some Republican lawmakers and prominent conservatives. On Wednesday, the House Ways and Means Committee will markup a resolution requesting “any and all documents in draft or final form” from the president that were used to consider the imposition of tariffs. The president will have 14 days to comply after the resolution is adopted.

The Senate will reconvene on Tuesday at 3:00 pm to consider the nomination of Elad Roisman to serve as a member of the Securities and Exchange Commission (SEC). A vote on cloture is expected around 5:30 pm. At some point this week, although when is not clear, the Senate will consider eight district court nominees. Although the upper chamber has made a lot of progress confirming appellate court judges, district courts haven’t kept up with the pace. The nominees who will be considered this week are as follows:

The Senate Judiciary Committee will kick off the confirmation hearings for Judge Brett Kavanaugh today at 9:30 am. Members are expected to deliver their opening statements on the first day of the hearings. Judge Kavanaugh will be introduced by former Secretary of State Condoleezza Rice, Sen. Rob Portman (R-Ohio), and Arnold and Porter partner Lisa Blatt. There are a total of five panels. Judge Kavanaugh is the lone panelist on the first one. Panelists on other panels include former solicitors general Ted Olson and Paul Clement and Rep. Cedric Richmond (D-La.). The hearings are expected to at least three days.

Although tens of thousands of pages of documents have been publicly disclosed by the committee, Senate Democrats are demanding more. The White House has used executive privilege to withhold more than 100,000 pages of documents related to Judge Kavanaugh’s service in the White House under President George W. Bush. Sens. Dick Durbin (D-Ill.) and Amy Klobuchar (D-Minn.) are among those criticizing the White House over the move. Nevertheless, Sen. Lindsey Graham (R-S.C.) predicts that Judge Kavanaugh will get 55 votes for confirmation as long as he does will during the confirmation hearings.

Incredible post. Articles that have significant and clever remarks are increasingly charming, in any event to me. It's intriguing britishassignmentwriters.co.uk/do-my-assignmentsto peruse what other individuals thought and how it identifies with them as their point of view could help you later on.

I just loved your way of presentation. enjoyed reading this .Thanks for sharing and keep writing. It ishttps://pengobatanalamipenyakitkistaateromatanpaoperasi.wordpress.com/ like this. As constantly, we appreciate yourself assurance and accept as true within us.

In this article is shared about the 15 bills on the suspension and also about homeland security theme. Here the details of many acts are shred and it makes easy for me to know about these details. Keep sharing more updates. https://www.thetripleplay.net/best-cable-deals.php

Great post. Articles that have meaningful and insightful comments are more enjoyable, at least to me. It’s interesting https://www.assignmentuk.co.uk/write-my-assignment to read what other people thought and how it relates to them as their perspective could possibly help you in the future.