On February 5, the Congressional Budget Office released a report titled, "Macroeconomic Effects of Alternative Budgetary Paths". Full disclosure: even to us policy wonks, this report sounds a bit dry. Not exactly 50 Shades of Grey, if you know what I mean. But this report did contain some very interesting nuggets. Prepared at the request of the Chair of the Senate Budget Committee, Patty Murray, I'm certain that it came as a bit of a surprise.

The report analyzes 3 broad approaches to budgeting and their projected effects on economic productivity over the 10 year period from 2013-2023. The 3 approaches are:

The report outlines the dire circumstances we face in its introduction:

Federal debt held by the public now exceeds 70 percent of the nation’s annual output (gross domestic product, or GDP) and stands at a higher percentage than in any year since 1950. Under an assumption whereby current laws generally remain unchanged, federal debt will be 77 percent of GDP in 2023, the Congressional Budget Office (CBO) projects.1 Such a large amount of federal debt will reduce the nation’s output and income below what would occur if the debt was smaller, and it raises the risk of a fiscal crisis (in which the government would lose the ability to borrow money at affordable interest rates). Moreover, the aging of the population and rising health care costs will tend to push debt even higher in the following decades.

The question is, how much will the nation's output be affected by the three proposed changes to our deficits and debt?

Well, as you might imagine, economic output is changed quite a bit, depending on which approach is followed. 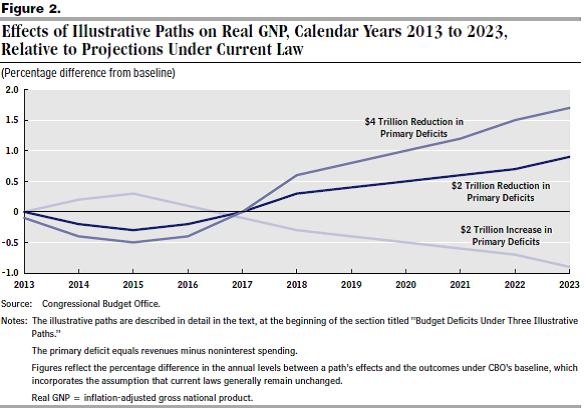 Figure 2 from the report shows some very interesting findings. The Democrats will focus on the short term effects that GNP will increase a little over the next two years, and Conservatives need to be ready to counter this argument. According to the report,

.... real GNP under current law will grow by 1.3 percent in 2013 (as measured by the change from the fourth quarter of the previous year) and by 3.3 percent in 2014. Economic growth is then projected to pick up further, and the economy is projected to reach its productive capacity in 2017 and continue to grow in line with the increase in that capacity thereafter.

In other words, we're due for an expansion of the economy through 2015. The Democrats will focus only on the short term projections that aggressive deficit reduction efforts will stunt that growth.

For proof of this, head on over to the Senate Budget Committee website and check out the whiplash-inducing spin Patty Murray puts on the testimony given by CBO Director, Dr. Douglas Elmendorf. She went even further the next day, conducting hearings on "The Impact of Federal Budget Decisions on Families and Communities" - doing her very best to demonize those mean old deficit cutters who want to throw single moms out in the cold.

However, the report is very clear, as seen in the graph, that these short term effects are illusory. The FAR LARGER point here is that the long term health of our economy would greatly benefit from deficit reduction. How can a stronger economy help all families across America? The effects are almost too numerous to calculate.

So, it turns out that the Tea Party and fiscal conservatives were right - excess public spending has a strong negative effect on our economy, and the proper way to create long term, sustainable, stable economic growth is through aggressive deficit reduction measures.