To Celebrate MLK’s Legacy Is To Embrace Freedom 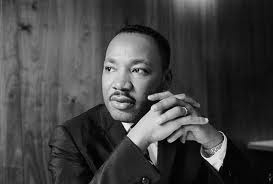 As the nation commemorates the Martin Luther King, Jr holiday, it is imperative that we reflect and embrace what was present at the core of King’s vision: freedom.

In his letter from the Birmingham jail on April 16, 1963, King wrote that “Freedom is never voluntarily given by the oppressor; it must be demanded by the oppressed.”

I am positive that if the slain Civil Rights leader were with us today, his quest for economic freedom and justice would still be his beckoning call for America.

In his historic “I Have A Dream” speech, delivered near the Lincoln Memorial in 1963, King spoke distinctively on two freedoms: Freedom from racial discrimination and bigotry and freedom from “a lonely island of poverty in the midst of a vast ocean of material prosperity."

America has come a long ways toward racial harmony and the removal of prejudice. While there has been tremendous progress, there is little doubt among many that work stills needs to be done.

Currently, MLK’s vision of a freedom from poverty is being undermined by government oppression and generations of families dependent on government assistance.  We live in an America vastly different from the 1960s. Todays America values entitlements and a nanny-state America over entrepreneurship and a capitalistic society. We are being taught by liberal plutocrats that the socialistic philosophy of redistribution of wealth is the most effective way to alleviate the income disparities between the rich and poor. And while history proves otherwise, Americans are seemingly content to ignore such history for now. Instead, we are being fed a mythical notion that equal opportunity equates to equal outcome, and that accumulated wealth through hard work and determination is cancerous and must be cured.

This is not freedom, this is 21st century captivity. In order to make MLK’s desire for freedom a reality, we must promote and advocate for ideas which empower the individual. Freedom is giving someone the choice to make sound economic decisions without inhabiting the fear of government stealing their earnings. Freedom is the ability for one to have a job, earn wages, and provide for their families without depending on a social program for permanent stability. When one has a free mind, they’ll unify with John F. Kennedy’s mandate of not asking what America can do for us, but what we can for America.

It is freedom which enables a parent to choose where to send their child in order to have the best education available. The fact that poor and minority children are relegated to failing schools simply because of their zip code is undeniably the Civil Rights issue of this current decade.

It is freedom that grants us the right to speak freely and think independently without facing rebuke from others for our beliefs.  I believe MLK would be appalled at the way black conservatives are ostracized for their beliefs.

It is freedom that allows us to defend ourselves from any present harm or potential government tyranny with the right to bear arms, given to us through the second amendment of the Constitution. Slaves were never allowed to defend themselves; free people are.

It is freedom that vanishes the thought that we are owed something, but that we have the opportunity to accomplish our goals and fulfill our dreams, if we are willing to put in the hard work and go the distance.

At last, we must acknowledge that freedom does not come from an elected official or any government entity. It is given to us by our Creator and born into the heart of every man.

MLK had a quest for freedom. He envisoned the glorious attributes of freedom when he shared his dream with America: “When we let freedom ring, when we let it ring from every tenement and every hamlet, from every state and every city, we will be able to speed up that day when all of God's children, black men and white men, Jews and Gentiles, Protestants and Catholics, will be able to join hands and sing in the words of the old spiritual, "Free at last, free at last. Thank God Almighty, we are free at last."

The Times Are Changing

In 1964, singer Bob Dylan released the song "The Times They a-Changing" at a time in our history when it was necessary for our nation to produce a personality that could speak to the conscience of a racially divided and emotionally troubled America. Dr. Martin Luther King became that voice for many who could not access opportunity, especially in the Southern United Sates. In 1964, the times in virtually all corners of this country were vastly different for people of color and women than they are today and definitions of terms like equal opportunity had a dramatically different meaning than progressive liberals place on it in 2016.

0
01/18/2016
The FreedomCast - Episode 25 - Lady Margaret Thatcher; Her Legacy and Her Devotion to the Cause of Freedom
"https:\/\/www.freedomworks.org\/content\/freedomcast-episode-25-lady-margaret-thatcher-her-legacy-and-her-devotion-cause-freedom?social=facebook_share"
null
https://fw-d7-freedomworks-org.s3.amazonaws.com/styles/thumbnail/s3/te_social_media_share/fw_default_0.jpg?itok=35IWEBMb
Blog

The FreedomCast - Episode 25 - Lady Margaret Thatcher; Her Legacy and Her Devotion to the Cause of Freedom

On today’s edition of The FreedomCast, Ted Bromund joins me to discuss the legacy of Lady Margaret Thatcher, her rise through her own party challenging the status quo and the battle between good and evil and the necessity to be involved in the fight.