CGI - Which Brought You Healthcare.gov, Also In Charge of Nearly $2 Billion in Sandy Relief 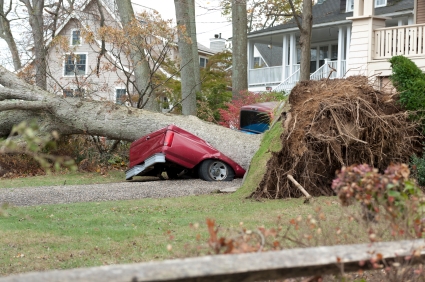 Perhaps we have a little better understanding of why victims of Hurricane Sandy haven't seen much of the $60 billion relief package approved by Congress.

The same company that recently won an award for building the Obamacare website, (in such an inept fashion that it is actually saving people from signing up) had also been asked to assist in distributing $1.7 billion in Sandy relief.

In a document (seen below) titled, MINUTES OF THE 295TH MEETING OF THE MEMBERS OF THE HOUSING TRUST FUND CORPORATION HELD ON MAY 9, 2013 AT 8:30 A.M, CGI Federal is named as the group charged with implementing the Disaster Housing Assistance Program.  They are also contracted to assist in the implementation of the Community Development Block Grant Disaster Recovery Program, a program that had recently received $1.7 billion in aid.

Mr. Nelson presented that the State received a $1.7 billion allocation in CDBG Disaster Recovery aid from HUD to aid impacted businesses and residences.  He stated that the State’s Action Plan was approved on April 26, 2013 and HTFC is currently in a phase of implementing the program.  He stated that in this phase, the corporation needs to stand-up its recovery programs as soon as possible to deliver critical resources, and in order to do so, the corporation requires immediate access to consultant services to assist in policy and procedure development, training, surge capacity, and call center assistance, and stated that CGI Federal Inc. could provide such services.

Mr. Nelson stated that the corporation entered into a short term contract with CGI, Federal Inc. on a discretionary basis of $49,000 to start with these critical disaster recovery efforts, and he requested that the Board approve a contract with CGI Federal Inc., procured on an emergency basis as justified under Executive Order 63, for an amount up to $4,280,000 for a term through March 31, 2016.

The resolution was approved and set to "take effect immediately."

In the previous agenda topic, item four, CGI Federal is named "without competitive procedures" as the company that will implement the Disaster Housing Assistance Program.

The company was also awarded the Healthcare.gov contract without competitive procedures. The company was granted these contracts in overseeing Sandy relief aid based on their ability "to rapidly deploy the program."

But as for implementation, an Associated Press report on Tuesday revealed that only $700 million of the overall $60 billion federal aid package has been released. That’s roughly 1.2% of what has been granted to aid in recovery from the devastation wrought by super storm Sandy.

Within that package was $16 billion allocated to HUD in fiscal year 2013 for the CDBG Disaster Recovery program, of which the $1.7 billion was to be distributed via the CGI contract.

To date, 24,000 families have requested aid, a majority of which haven’t seen a penny nearly a year after the storm.

CGI has been tasked with aid distribution for victims of Hurricane Sandy, despite being what the Washington Times refers to as a "company with an uneven record of IT pricing and contract performance."

That performance remains uneven, at the expense of disaster victims and those seeking medical coverage.

When Democrats were courting votes for the Sandy aid package, Nancy Pelosi stated that, “Our fellow Americans are waiting for relief to rebuild their homes, businesses, communities and lives.”