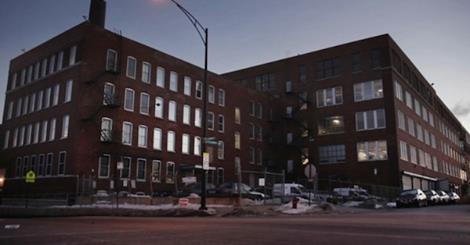 This Chicago prison is an alleged chamber of horrors.

Prisons, when used correctly, serve an important purpose of keeping violent criminals off the street and protecting the general population. But one prison in Chicago is allegedly operating less like an instrument of law enforcement, and more like a military installation.

The prison at Homan Square on the south side of Chicago is facing allegations of gross rights violations and abuses of power. According to the Guardian, the prison detains people without properly charging them with a crime, and denies them access to legal representation. Attorneys have reported that they were prevented from seeing their clients by prison staff, although Chicago police have vehemently denied these claims.

There are also reports of violent beatings, and even some deaths as a result of the brutality that allegedly takes place behind the prison’s walls. While the vast majority of police work hard to honestly serve and protect the citizenry, a lack of oversight and a trend towards militarization makes problems like this harder to avoid.

Criminologist and executive director of the Chicago Justice Project notes that the people being held in Homan Square are not suspected terrorists, but largely minor criminals. Therefore, military-style suspension of the Bill of Rights is wholly inappropriate and very worrying.

A retired Washington, DC homicide detective, James Trainum, expressed shock and dismay at the allegations, noting that if they are true, such abuses would be unprecedented in his experience.

“I’ve never known any kind of organized, secret place where they go and just hold somebody before booking for hours and hours and hours. That scares the hell out of me that that even exists or might exist,” he said.

All of this goes hand in hand with the increased militarization of police forces within the United States. Police are meant to serve and protect; they should be viewed as defenders of freedom and allies to the communities in which they serve. They serve a different function from the military, and the two should never be confused. Placing military equipment in the hands of police and authorizing them to use military tactics against domestic criminals creates an adversarial, fear-based relationship between law enforcement and the people they are supposed to protect.

Illinois police have received thousands of pieces of military equipment, including 16 military helicopters, from the Pentagon, fostering the us-versus-them tactics on display at Homan Square.

The principles of due process and innocent until proven guilty are sacrosanct in the American justice system, and it is therefore important that we take accusations that these rights are being denied to the innocent very seriously. We need to restore the relationship of trust between police and their communities, and the only way to do that is to be on guard against abuses of power when we see them.