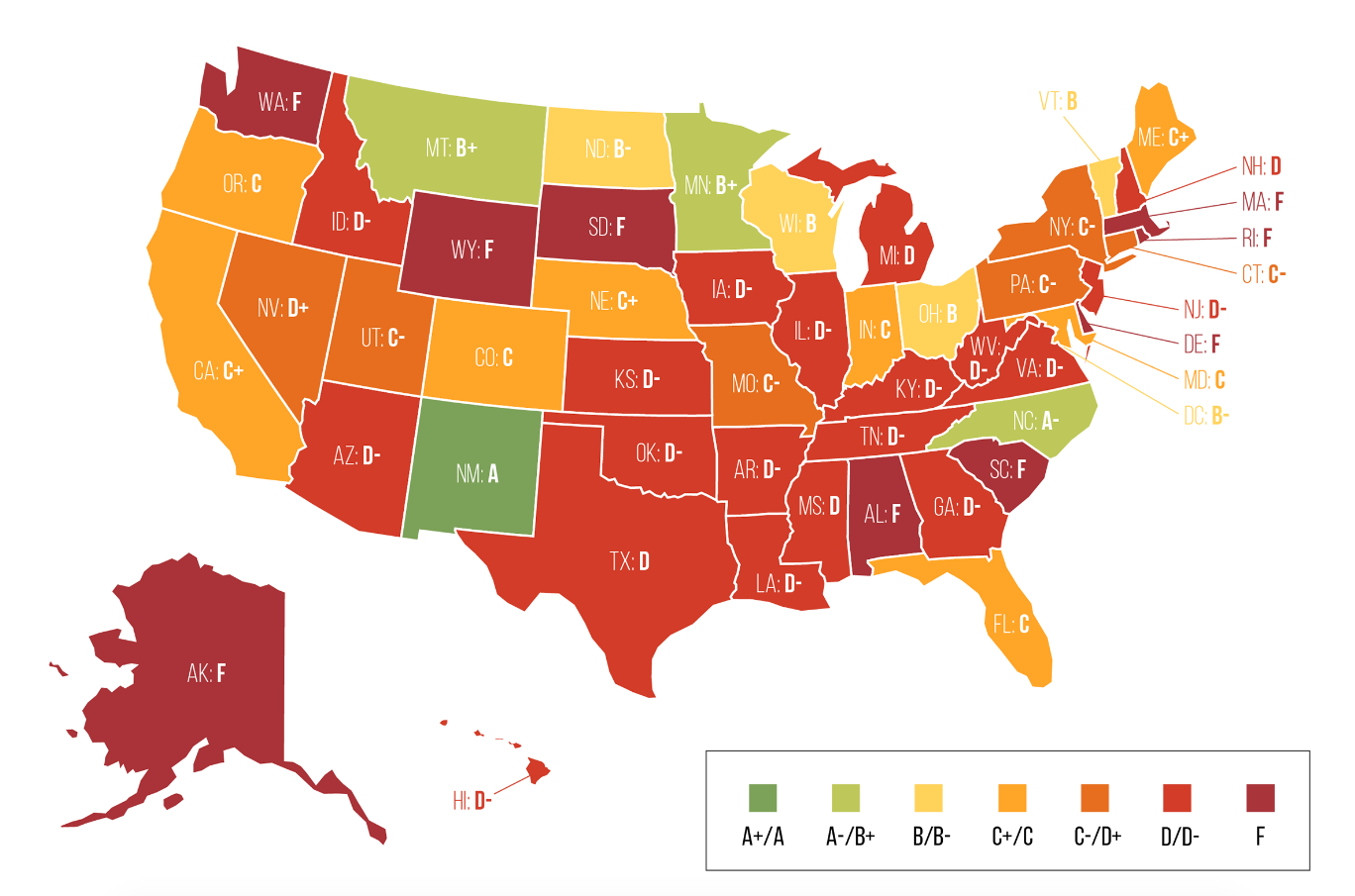 While civil asset forfeiture has been used as a funding source since our country’s founding, the practice has accelerated at the state and local level since the 1980s. With the creation of new taxes (income, sales, property, corporate) civil asset forfeiture should no longer be needed to raise revenue for governments that have plenty of other revenue streams.

In the wake of rising public outcry against abusive civil asset forfeiture laws, states such as Minnesota, New Mexico, and Montana have led the reform movement, and other states such as California, Michigan, and Pennsylvania are in the midst of meaningful discussions about reforms. While this movement is great, more states and the federal government, need to follow their lead and reform their own civil asset forfeiture laws.

With civil asset forfeiture becoming a bigger issue at the state and federal levels, FreedomWorks has released its guide to Grading the States on this important issue. As can be seen by the grades of the states and federal government, there are still plenty of reforms to be implemented before this travesty of justice is corrected.

Nice article... Nearly every state, the District of Columbia and the federal government have civil forfeiture laws, but they differ in their financial incentives and their procedures. This report grades state and federal civil forfeiture laws based on the incentives they create for law enforcement agencies to police for profit and the protections they afford to property owners.

Three fundamental elements of civil forfeiture laws were examined when calculating grades: the financial incentive, the standard of proof the government must meet to forfeit property, and whether the burden to prove innocence or guilt is on innocent third-party owners or the government.
Source: https://ij.org/report/policing-for-profit/grading-state-federal-civil-fo...
http://www.pooltilecleaninglasvegasnv.com/pool-tile-cleaning-service/