Civil Asset Forfeiture: This is Pernicious Stuff, and FreedomWorks is Working to Change It 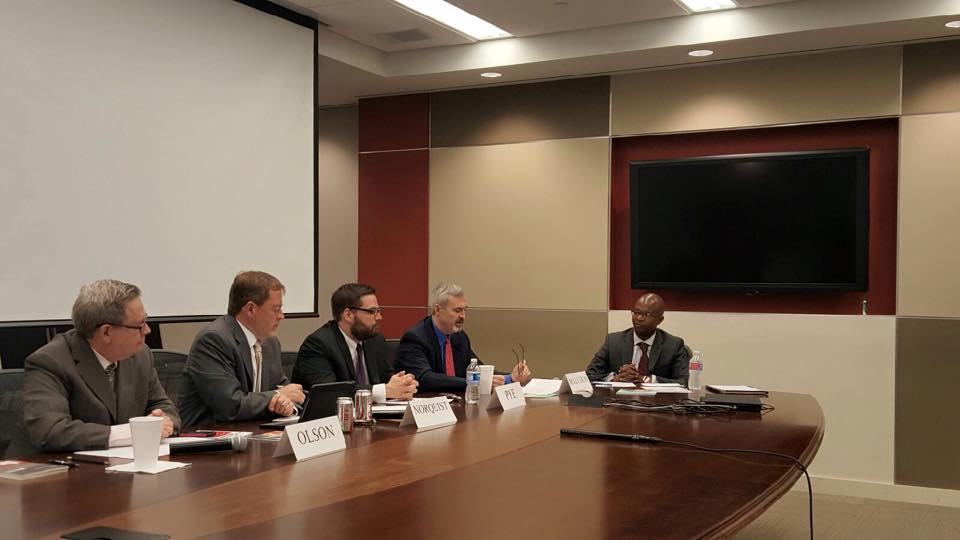 From the event posting by Right on Crime:

Civil asset forfeiture is a mechanism that allows a very low burden of proof before law enforcement is able to seize property from individual citizens and businesses. The assets can then be re-purposed, often providing funding for the very law enforcement agency that seized it. While forfeiture began as a way to put criminal gains to a useful purpose, this government function has been expanded much too far, and now endangers individual rights and the integrity of law enforcement.

The discussion included an overview of the impact civil asset forfeiture has on average American families, and how what began in the 1980s as part of the war on drugs has expanded since.

Pye addressed how FreedomWorks initially got involved with the fight against civil asset forfeiture, recounting how he sat down with Matt Kibbe in the fall of last year and decided to bring this civil and property rights issue into the official FreedomWorks issue set. At first, Pye conceded, he was surprised how strongly the grassroots rallied behind the new push for justice reform. The nation recognizes the significance of this injustice.

“We’ve been told our entire lives that we’re innocent until proven guilty, but with civil asset forfeiture that just doesn’t exist,” Pye told the crowd. “We are talking about an explosion in civil asset forfeiture,” he noted, pointing to the increase in federal revenues over the last three decades, from $93.7 million in 1986 to over $1 billion in 2008 and subsequent years. “I don’t see how anybody could look at that and say that’s justice.”

Walter Olson, a senior fellow at the Cato Institute and blogger at Overlawyered, explained the broken system under which those who are cleared of all charges are often told not to fight for their seized property back because doing so might set something off. In other words, our government plays on people’s fear; the case is over, you should be happy for your freedom and let it be!

Pye asserted that the worst part of current civil asset forfeiture laws is the burden of proof that is required in most states. The government, in 36 states, can seize the property of citizens without a conviction, and the burden of getting that property returned falls to the victim. Only eight states put the burden of proof on the government. What is more, in 39 states, law enforcement gets to keep at least 50 percent of the proceeds from forfeitures.

“Police become revenue collectors,” explained Pye, “this is pernicious stuff, we have to change it!”

Over the past year, FreedomWorks has written extensively on civil asset forfeiture. Take a look at the related links below: