This weekend FreedomWorks went head first into the belly of the beast at Tribune Fest, held at the University of Texas in Austin. The gathering is similar to Netroots, but on a state level, populated by leftist ideologues irritated at their red state residency, and they are determined to turn Texas blue. And guess what… They just might. Battleground Texas, a movement to turn Texas into a battleground state, and ultimately entirely blue, has taken hold and is growing at an alarming pace. Top-level Democrats and OFA strategist are on the ground all across Texas registering hundreds of new voters every week. Currently Battleground Texas reports that they are on pace to register approximately 600,000 new Democrats by the 2014 midterms. Considering Rick Perry won the gubernatorial race in 2010 by less than 700,000 votes, Texas could be in real trouble. Mathematically speaking, the path to the White House could be lost for an entire generation if Democrats are able to turn Texas. 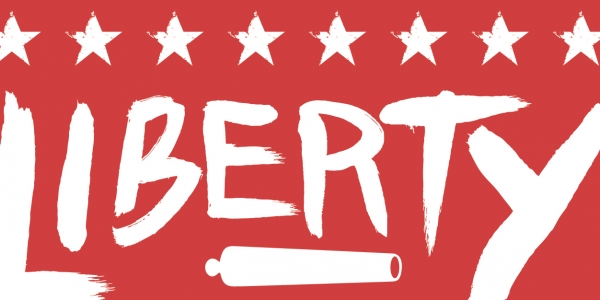 What I witnessed in Austin this weekend shook me to my core.  This isn’t simply an ideological grassroots battle; we are up against a full-fledged frontal assault from the entire liberal political machine. Battleground Texas is well funded, motivated, highly organized and damn good at what they do. We are fighting an uphill battle to keep Texas reliably red, which has trickle down effects across the country.

For the past several decades Texas has been in a position to send resources to battleground states. If Texas itself becomes a battleground state, much of the resources that states like Florida, Ohio, Colorado, and Pennsylvania have come to rely on may dry up. Battleground Texas isn’t just a fight for Texas; it’s an attempt to deliver a death blow to the heart of conservatives nationwide.

FreedomWorks is vigorously fighting Battleground Texas through our "Come and Take It Campaign," but we can’t do it alone. We need a coalition of activists, organizers, volunteers, and organizations to stand with us and draw a line in the sand. Activists across the country must get involved; we need all hands on deck to win this fight. Our individual policy initiatives, pet projects and egos won’t matter in the least bit if we have no realistic path to the White House. Together, with a united front across the spectrum of the conservative movement, we will win this fight.

Ready to help? Join us.

Texas won't turn blue, the Tea Party is well organized and will defeat all of those confused "regressives" that for some unknown reason want the government to steal more from their pockets.

The Obamacare fiasco has greatly open the eyes to many Americans and we are continuously rescuing "regressives" from their ignorance and bringing them to the right side of the political spectrum.

As a born and raised Texan who is also a liberal and tax-paying software developer (in other words, not some layabout stereotype y'all love to use to demonize us as), I look forward to this change. While Democrats are still too moderate for me, this is a step in the right direction. See you at the voting booths :)

Texas will turn Blue - just give it a bit of time :) Can't wait.

The times, they are a'changin'. All the voter suppression tactics and gerrymandering in the world cannot save Texas for the Republican't Party. Might as well face reality, teabaggers.