Come On Down! You're The Next Contestant On Tax TV!

Imagine, for a moment, a game show set. Wink Martindale is the host, because you need a pro to keep this thing on the rails. Contestants are picked at random from the studio audience to answer questions about the IRS, prepared by auditors and CPAs. Winners are awarded a tax rebate. Losers get the last 10 years of their income tax returns audited. 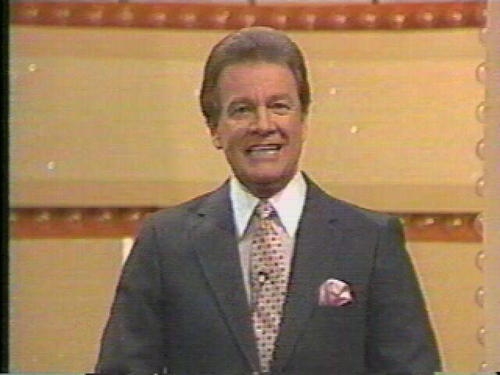 Wink: Haha no, we'd have to tax you on that. You've won a gift certificate for tax prep from one of our government approved service providers!

Ok, so it's nothing like the edge-of-your-seat excitement that daytime TV provides. It's just a bunch of taxpayer money spent on a TV studio for the IRS.

This is from the Request For Proposal published in 2011:

The Internal Revenue Service (IRS) Criminal Investigation (CI) has a requirement for a contractor to develop a conceptual design, and then build and install a TV studio set primarily for a three-camera, two-person interview news format. The TV studio must be completely finished no later than August 20, 2011. The set must have lighting pipes at the ceiling and a lighting package that will fill the sides and back. The set must be able to move and be re-configured with different backdrop pieces. Backdrops must support out product branding, and must include a two-person news desk with 3D branding logo.

Check out the scintillating description at IRS.gov:

The Interactive Video Teleconference (IVT) communicates information to a large, geographically dispersed audience and allows for questions and answers. It is primarily a teaching/training tool, but can also present corporate information or messages to an organization. Some IVTs are live; others are taped and aired later. Rebroadcasts can follow the initial airing.

The following parties are involved in producing a TAS IVT:

Executive Champion: The TAS executive or team leader who provides final approval for the content.

Subject Matter Experts (SMEs): Those who gather material for the broadcast.

Presenters: Those who appear on camera.

TAS C&L: Handles the logistics, including informing the target audience of the broadcast, issuing pre-read material and working with the IRS TV studio to air the broadcast.

TAS Learning and Education: Assigns a course number if appropriate and creates a survey form to measure feedback from the broadcast.

A successful broadcast requires at least two months of planning. The key steps include:

Secure time for taping and airing: Coordinated by C&L with the studio based on the needs of the team/Executive Champion (at least eight weeks before the broadcast).

Clearly identify the purpose and general content: Use the IVT Project Agreement Form, which is available at http://tasnew.web.irs.gov/Files/Communications/Admin/IVTProjectAgreement... to assist in this process (eight weeks before the broadcast).

Create an outline: Divide the general content into sections and assign it to SMEs to develop. See Exhibit 13.6.1-3, TAS IVT Executive Summary, to help in this process (seven weeks before the broadcast).

Develop pre-read material: Develop any material that viewers need to read before the airing (four weeks before the broadcast).

Notification of the broadcast: The process of notifying the  intended audience should start as soon as possible (no later than four weeks before the broadcast).

Develop visual aids (PowerPoint): This includes any on-screen graphics to support the presenters during the broadcast. All material must be 508 compliant. (The visual aids should be developed three weeks before the broadcast and MUST receive Executive Champion approval).

Issue pre-read material: This may include a course number and any material that the audience needs to read in advance (at least two weeks before the broadcast).

Talk about your Reality TV! Tax TV - the dialogue fairly jumps off the screen at you.

Seriously, while we're debating the sequestration bill, massive increases in spending, millions of folks out of work in an economy that is stuck in neutral and hundreds of trillions of dollars in unfunded liabilities, are we really saying that we can't find ANYWHERE to make cuts?