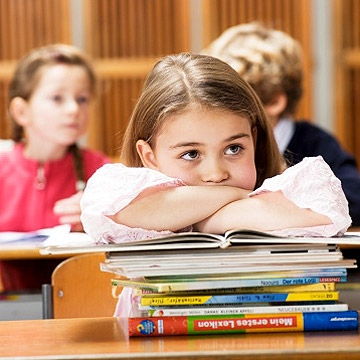 The federal government insists on continuing to interfere in our kids' lives.

These bills are markedly different from one another, which is important considering that those differences now have to be ironed out. The House version, called the Student Success Act, contains some important educational reforms, including the elimination of more than 65 wasteful and ineffective programs. an expansion of school choice through support for magnet and charter schools, and increased local control of federal education dollars. The Senate bill, known as the Every Child Achieves Act, is considerably less bold in its approach.

In order to gain any support from conservative Members of Congress, the final bill will have to look a lot closer to the House bill than to the Senate one, as the Student Success Act was only able to pass in the first place due to the inclusion of these reforms.

Both versions of the bill contain language that the sponsors claim prevents the federal government from forcing Common Core onto the states. The problem is that similar language already exists in current law, and yet has not served as an effective deterrent to prevent federal meddling. Current law says, in U.S. Code, Title 20, Section 7371, says that the Department of Education may not “mandate, direct, or control a State, local educational agency, or school’ specific instructional content, academic achievement standards and assessments, curriculum, or program of instruction, as a condition of eligibility to receive funds.”

The language in the new bill is not appreciably stronger than this, and it’s hard to see how it will stop the Secretary of Education from doing what he wants, since he is doing so anyway. Without some real teeth, the passage of this new bill is unlikely to make much of a difference as far as Common Core is concerned.

Both bills also maintain federal testing requirements on the states, which is a major problem for advocates of educational freedom and local control. It should be remembered that the Constitution doesn’t authorize any federal role in education at all, a fact consistently ignored by Congress as a whole.

The final conference bill, at the very least, needs to preserve the best reforms of the House-passed Student Success Act. Anything less would be an insult to parents, teachers, a local education officials, by continuing to force a failed system on them and their children.