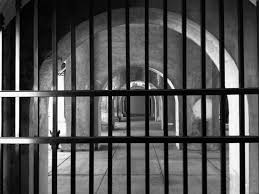 Perhaps President Trump has realized that a long prison sentence may not always fit the crime. “There has to be a reform because it is very unfair right now,” he said in a recent interview. “It is very unfair to African Americans. It is very unfair to everybody.” He also praised Texas and Georgia, Sentencing reform is not a new subject in Congress. In 2014, the Senate Judiciary Committee marked up the Smarter Sentencing Act, which would reduce mandatory minimum sentences for low level nonviolent drug offenders by half, expand the existing federal safety valve exception for mandatory minimums, and make the Fair Sentencing Act of 2010 retroactive. The bill had strong support, with conservatives like Mike Lee and Ted Cruz voting to advance it to the floor, but at the time, Majority Leader Harry Reid did not bring it to a vote.

The First Step Act, however, has garnered even more support than the more comprehensive approach taken by the Sentencing Reform and Corrections Act, and the inclusion of modest sentencing reforms could create a path to passage. Of course, some have aggressively pushed back against any sentencing reforms, including the most modest proposed ideas. Those who oppose sentencing reform believe that violent crime, which peaked nearly 30 years ago, has declined because of a reliance on lengthy prison sentences that mandatory minimum sentences bring.

University of Texas professor William Spelman has conducted research on the impact of incarceration and the decline in crime rates that began in the early 1990s. “Our research concluded that about 25 percent of the 1990s crime drop can be linked to increased incarceration,” Spelman said in a briefing published by Pew Charitable Trusts in 2015. “Incarceration rates flattened out in the 2000s, but crime rates kept dropping. So incarceration cannot account for the last 15 years of reductions.”

Now, the sentencing reforms that could be included in the First Step Act, or perhaps another vehicle, do not eliminate any mandatory minimum sentences. But these proposed reforms would apply a measure of common sense to federal sentencing law. For example, retroactivity of the Fair Sentencing Act would allow prisoners sentenced for crack cocaine offenses when there was a 100 times greater sentence to seek a sentence reduction under the 2010 law, which lessened the disparity between crack cocaine and powdered cocaine by more than five times. Prisoners would have to petition the court. Petitions may be denied upon review.

The proposed expansion of the existing federal exception to mandatory minimum sentences would simply allow nonviolent drug offenders with little to no criminal history to be sentenced below mandatory minimums. The proposed reform to 18 USC 924 would prevent federal prosecutors from stacking offenses and would make the sentencing enhancement under the law a true recidivist penalty as Congress intended.

Similarly modest in scope is a proposal to tailor sentencing enhancements under 21 USC 841 sought by federal prosecutors for defendants with prior offenses. The reform would redefine crimes that qualify for two of the five most frequent statutes of conviction carrying mandatory minimum penalties by both limiting the enhancements to serious drug felons and expanding them to serious violent felons, as well as pushing the penalty that mandates life in prison down to a sentence of 25 years.

These rearrangements of 21 USC 841 would ensure that enhancement and the lengthy sentences they bring are only used on the most dangerous criminals and not spent instead on low level nonviolent drug offenders. This kind of “smart on crime” legal approach goes hand in hand with the desire of President Trump to be tough on crime, which is most effective when the right crimes are addressed with the right penalties.

Those who oppose adding any sentencing reform to the First Step Act are stuck in the 1980s and are completely ignoring criminal justice reform successes at the state level. Combined with the sentencing reform that could be added to the bill, the First Step Act would bring these successes to the federal level to enhance public safety across the country.