Congress Needs to Stop Letting Regulators Walk All Over Them 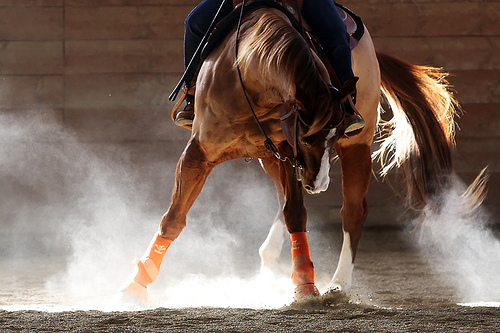 Whoa, there! In this metaphor, the horse is government regulation.

Here’s a multiple choice question for you. Which country best fits the description of being run by nearly omnipotent czars, unaccountable to any overriding authority, free to make set the rules and punish offenders as they see fit, who can only be removed from office by drastic, sometimes revolutionary, action?

B. The United States of America

If you said “Russia,” sorry! You’re about a hundred years too late. No, what I was in fact referring to was the regulatory regime that has become institutionalized in America, as Congress has gradually ceded its lawmaking authority to executive branch regulatory agencies.

The alphabet soup of the EPA, IRS, FDA, DOE, FCC and so on, have altogether exceeded their authority, issuing hundreds of rules that impact the national economy by billions of dollars each year.

This isn’t right. It’s Congress’ job to make laws, and there is a very important reason why the Founders specified this in the Constitution. Congress is made up of representatives who are accountable to the voters. All of their votes are on record, and if they act in a way contrary to their campaign promises or against the wishes of their constituents, voters have the chance to remove them from office just as soon as the next election cycle rolls around.

There is no such mechanism for regulators. They serve at the will of the president, operate largely in secret, and few people know who they are well enough even to demand a resignation in the case of a publicly unpopular regulation.

It’s gone on for too long and resulted in too much damage to our country, too many lost liberties. Fortunately, some Members of Congress are working to take back their authority from the czars. The REINS (Regulations from the Executive in Need of Scrutiny) Act, sponsored by Sen. Rand Paul in the Senate and Rep. Todd Young in the House, would require Congress to vote on all major regulations.

The REINS Act needs the support of as many Members of Congress as possible in order to pass and restore lawmaking authority to its proper place. Should it pass, this would be the biggest restriction in the federal government’s power we’ve seen in decades.

Learn more about the bill by reading FreedomWorks President and CEO Matt Kibbe’s letter of support for the REINS Act.

0
07/14/2020
"For Liberty and Justice, Thank Rand Paul"
"https:\/\/www.freedomworks.org\/content\/liberty-and-justice-thank-rand-paul?social=facebook_share"
"Sen. Paul has continued to prove that he is a leader when it matters."
https://fw-d7-freedomworks-org.s3.amazonaws.com/styles/thumbnail/s3/field/image/FW-LibertyJusticePaul.png?itok=dCgHhmBh
Blog