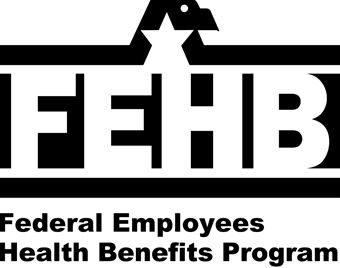 Democracy and Power 114: Rule of Law

A government with moral and legal authority promulgates written rules and universally, impartially and uniformly enforces the rules, which provides a predictable and stable legal order on which to base economic and personal decisions. The law prevails, not the proclamation or arbitrary decision of a ruler, government bureaucrat, enforcer (e.g., policeman) or judge.

Congress has forced ObamaCare upon We the People, and in doing so has also required Congress and their staffers to be insured under ObamaCare. Good.

However, upon enacting ObamaCare in 2010, Congress paychecks as well as their staffs' checks were cut by around $10,000 a person a year. Michael Cannon explains in Forbes,

“The ACA (ObamaCare) prohibits members of Congress and their staffs from receiving health coverage through the Federal Employees’ Health Benefits Program. They remained free to purchase health insurance on their own, but they would have to do so without the $10,000 or so the federal government “contributed” to their FEHBP premiums. In effect, the ACA gave members of Congress a pay cut of around $10,000.”

Bureaucrats to the Rescue: With the obvious approval of the President, the Office of Personnel Management (OPM) decreed that Congress and their staffs could be subsidized the FEHBP until 2014 when the ACA’s Exchanges were activated. Thus, contrary to the law, an OMP bureaucrat decreed that Congress and their staff receive $10,000 a year for four years.

Ah...but the ObamaCare law in 2014 terminated the FEHBP and the law still cuts the pay of Congress and the staff by about $10,000 a year. So, Congress and staff were required to enroll in one of two types of the ObamaCare Exchanges. Then, incredulously, the OPM claimed Congress and the federal employees may enroll in the DC Small Business Health Options Program Exchanges (SHOP). Essentially, the OPM decrees that the federal government is a small business of 50 or less employees. However, SHOP does not allow for employer contributions.

Who in government cares? Every member of Congress and their staffs care. So the OPM continues to pay their contribution, and everything stays contrary to ObamaCare law.

Senator Vitter (R-LA), Chair of the Small business Committee, sought to subpoena the documents on who, why and how OPM declared Congress a small business. Alas, government takes care of government, and all nine Democrats voted again issuing the subpoena. They were joined by five Republicans. Senator Enzi (R-WY) ineptly argued he and his staff were a small business, and worried about the loss of federal funding for his staff, "I think there needs to be a solution." (To Enzi's credit, he repays his $10,000 subsidy back to the government. Of course, the repayment admits to the unlawful payment.)

After being defeated by every Democrat and a few Republicans, Vitter said:

“The message is clear: Congress should be able to lie so that members can get a special Obamacare subsidy unavailable to anyone else at that income level. Designating the House and Senate as ’small businesses’ with 45 employees is not right. And we owe it to our constituents to find out how this was permitted to happen.”

Agreed, but worse is the total abuse of the Rule of Law.

· First, read and know the law before voting – a knowledgeable, deliberate and solemn process.

· Second, never encourage and condone that bureaucrats abrogate and manipulate the law.

· Third, wise up. What was once done behind closed doors with mainstream media’s indifference is now observed by all concerned Americans.

· Most important, honor the Rule of Law, which is absolutely vital to a free society, peace and prosperity.