Congressional Republicans Can't Afford to Get Pushed Around on Budget Caps 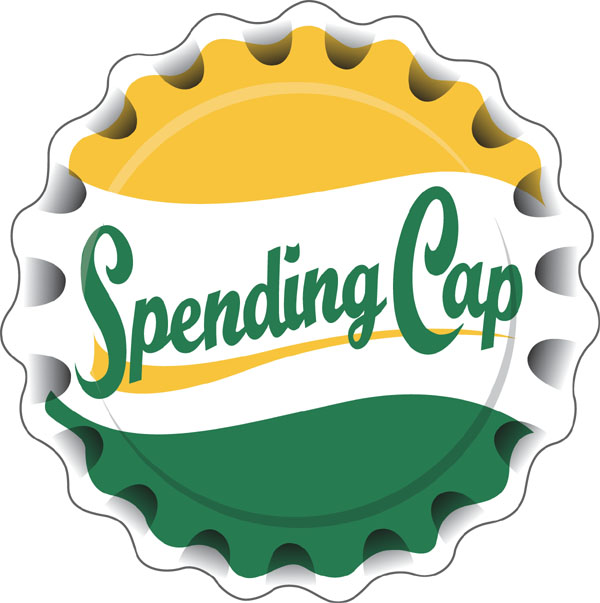 Congress is coming back to town, and that means it’s time to hide our wallets. If the leadership of both parties are left to their own devices, by the end of September the government’s spending will have increased once again. This outcome is by no means inevitable; indeed, it shouldn’t even be possible after the Republicans took solid control of both the House and Senate. It will be up to those principled leaders who do care about the financial peril our nation faces to put the brakes on any effort to speed up the government’s spending.

President Obama and Senate Minority leader Harry Reid have made it clear for months that their priority has been to increase spending above the spending restraints they agreed to in 2011 when the president signed the Budget Control Act (BCA) into law. And in June, Senate Democrats straight-up threatened to shut the government down if they didn’t get the increases in spending that they desired.

To be fair, Republicans have also been trying to sneak large increases in defense spending through the BCA caps as well – tucking $30 billion for ordinary Pentagon funding into a fund that was supposed to be restricted to operational war spending.

A few reminders for both parties about our fiscal situation, even without busting through the BCA caps1:

The silver lining to this dark, gloomy cloud is that the BCA caps have actually done some real good. As the Cato Institute’s Dan Mitchell has been pointing out, the caps have slowed the growth of spending just enough that economic growth has been able to catch up with the expansion of government. In the end restructuring the big entitlement programs and reducing our debt are the real answer to rescuing our nation from insolvency, but the spending caps have at least bought us some breathing room.

Which is why it is so dismaying that Republican leadership seems determined to lose the fight to defend the caps before it has formally begun. Senator McConnell has repeatedly emphasized that he will under no circumstances tolerate a government shutdown, and the House leadership has said much the same. There is absolutely no reason for the president and Senate Democrats not to ask for anything they want, if they know that the mere threat of shutting down (a small portion of) the government will cause Congressional Republicans to quake in fear.

It is likely too much to hope that Congress will be able to pass any new major restraints on government with a inflexible lame-duck President Obama in the White House. But they can – and must – hold to the BCA spending caps - the one actual, useful achievement they have made.

I don't think its going to change, they are going to spend money no matter what they do any way, because the Murderer, socialist, communist in the white house will spend the money for them

Your statement that the democrats threatened to shut down th government is wrong. It is the teabag republicans saying they will shut down the government.

Fortunate, McConnell has though sense to say he will not go along, because he knows the republicans will take the blame and the punishment for another shutdown.

I could not disagree more. The government, through prior congresses has taken on legal obligations, which cost money, and in order to just maintain the Full Faith in the United States must fund to the extent that the law requires.
The budget and tax problems can be solved by increasing the taxes on those who can afford to pay, who also directly or indirectly receive the most benefit from the services the government provides by these laws. For example, I live in CO, and get no direct benefit from I-95, but because it is maintained, the prices that I pay for goods and services are lower than if it were not.
Poor Richard (aka Ben Franklin) wrote that a stitch in time saves nine.
I am 100% VA disabled, by law, the government has to provide me with at least the same level of care that is available from the local providers. It does not have the money to do this.
Three years ago I noticed a change in vision which the VA opthamologist had told me to report when and if it developed. I made such a report, and continued to seek urgent care as the sight faded. After 7 months, I had lost 70% of my vision in this eye. I have traced that back to illegal activities committed by at least one Federal employee, years before, so my claim mentions this as a possible reason for the delay in treatment.
My claim is mulitiple times what it would have been for just the loss of vision. Personally I have almost always had enough money to meet my immediate needs, and did fine with my VA pension and SS until this happened. Now, to give those in Congress who only think of cutting taxes and failing to meet the legal requirements that were placed on it by previous congresses, they just might get the message of Ben Franklin.
What is the monetary value of a human life? We will know soon what the VA thinks.
The author of this article seems to think that her life is the only one that has value, and during the French Revolution may have been looking at Mde LaFarge before she stuck her neck out for the last time.

Three points. (1) There's nothing in the column that describes or recommends defaulting on current obligations. (2) The author is a man, not a woman. (3) We spend too much. 100% tax rates on "those who can afford to pay" will not bring us into the black, but it will drive even more Americans out of country than have already left under the benevolent dictatorship of Lord Obama.

Key Vote NO on the Bipartisan Budget Act

On behalf of our activist community, I urge you to contact your senators and representative and ask them to vote NO on the Bipartisan Budget Act. The bill would bust the spending caps by $296 billion over two years, spend an additional $80 billion or more in disaster relief, provide for $160 billion in the defense/nondefense slush fund, and suspend the debt limit through 2018. The proposed offsets are little more than budget gimmicks that will never come to fruition. Additionally, the spending levels established under this deal will establish a new baseline for federal spending, drowning taxpayers and future generations with red ink simply because Congress lacks the political will to do the right thing.

FreedomWorks Urges “No” Vote on Senate Version of Continuing Resolution

Ahead of a vote in the Senate on H.R. 5325, the continuing resolution to fund the federal government through early December, FreedomWorks CEO Adam Brandon commented: