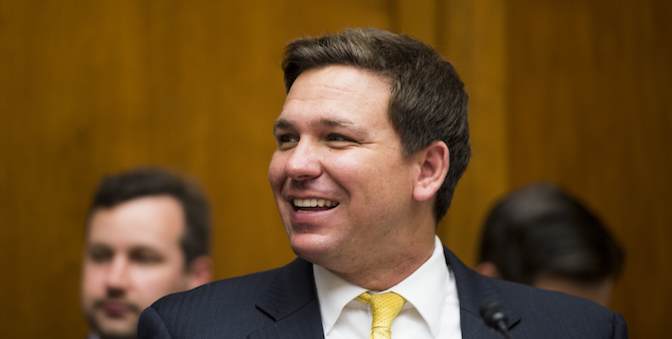 In 2016, FreedomWorks launched a campaign of support after Rep. DeSantis called for the impeachment of the Internal Revenue Service’s (IRS) Commissioner John Koskinen. As a member of the Oversight and Government Reform Committee, Rep. DeSantis continually fights to keep members of Congress and other government offices accountable.

Rep. DeSantis is a promoter of capping budgets and reducing discretionary spending, as well as ending congressional pensions. In 2013, he introduced a bipartisan bill, the Sequestration of Pay for Member of Congress Act. He stated, “When Members exempt themselves from the operation of the law, it's not only unfair, but it also violates a core principle of republican government. That is why I am introducing legislation to reduce pay for Members of Congress at the first moment it is constitutionally permissible.”

Another issue on which Rep. DeSantis has been very vocal is the repeal of ObamaCare. He introduced a bill, H.R.1953, the No Exemption for Washington from Obamacare Act, which amends the Patient Protection and Affordable Care Act to extend the requirement for participation in a health insurance exchange to the president, vice president, executive branch political appointees, and employees of congressional committees and leadership offices of Congress. Currently, this requirement applies to Members of Congress and their staff.

Rep. DeSantis currently has a lifetime score of 91 percent on FreedomWorks’ Congressional Scorecard. In addition to the House Oversight and Government Reform Committee, Rep. Desantis is a member of the House Judiciary and House Foreign Affairs Committees.