Conservative Grassroots Can and Will Move the Nation Forward 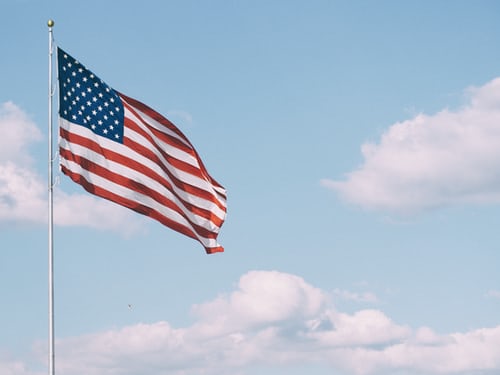 The following is the inaugural article of Adam Brandon, president of FreedomWorks.org, for Newsmax.

Though we’re only a month into the new year, many want to hit the reset button.

They're not to be blamed in the least.

On city streets, seeing businesses boarded up and once vibrant towns turned quiet, it was hard to picture how the liberty movement might bounce back from it all.

Still, taking into account all of this, it would be difficult for 2021 to be worse.

About a month in, 2021 is not necessarily worse, but—it’s not much better.

Obviously, unique challenges have been ushered in by the aftermath of the 2020 Election as well as by a new presidency.

The most recent challenge that comes to mind is President Biden’s executive order blitz.

On his first day in office, Biden wasted no time in launching a full-scale attack on American energy independence.

He halted the Keystone XL pipeline and gave orders to reenter the Paris Climate Agreement. Thus, with the stroke of a pen, he’s killed over 70,000 jobs and turned his back on blue collar workers he claimed he was so eager to please.

To be clear, there’s no telling how many other oil and gas industry workers will suffer lay-offs over the next four years; if not beyond.

Lest Joseph Robinette Biden forget, his signature pandering to minority communities and empty gestures at "unity," he also made sure to sign orders aimed at addressing "racial equity."

Does anyone else, with the exception of this writer, remember when Biden said that only "dictators" legislate by executive order?

But even before Biden’s inauguration and disastrous executive order spree, there were the double losses in the U.S. Senate runoffs and the Capitol storming of Jan. 6 of this year that materialized as the liberty movement’s first existential threats of 2021.

That particular Wednesday morning, I was reflecting on how to move forward after losing the Senate majority; by mid-afternoon, I, along with the millions of viewers glued to their televisions, was saddened and shocked by the violent mob breaking through Capitol Police lines.

Right now, members of the liberty movement find themselves at a critical juncture.

We have our work cut out for us; there is no glossing over, or sugar-coating it.

There are two things which cause me to be hopeful about what’s in store, despite the very real and stark challenges we face in 2021:

—The United States is still a center right nation. Our candidates came close to taking the House in 2020, and the GOP held and expanded statehouses across the country. We also won many toss up Senate seats.

—The Democratic party is self-destructing. There is a battle waging between the rising socialist left and what remains of the traditional party. This opens up a tremendous opportunity for the GOP to gain favor among voters.

Pelosi can only lose five votes in her majority. A 50/50 Senate is hard to run.

If we can limit loss in the next two years, conservatives are on track to retake the U.S. House and U.S. Senate. We also have opportunities in state houses nationwide to move on issues like expanding school choice and the much needed reform of our electoral process.

The Biden administration isn’t doing anything we haven’t seen before.

Our nation's (new) 46th chief executive has returned to the White House with the Barack Obama playbook. A guide on how to stifle progress while expanding the federal government's power.

Though Biden's policies won’t ultimately bode well for the economy—or for liberty—he doesn’t, in actuality, have any new tricks up his sleeve.

Biden is nothing we can’t handle, and I know that the movement is ready and eager to fight back.

As long as lovers of liberty can regroup and get back to the issues that matter, we will emerge so much more determined and stronger than ever.

Adam Brandon is the president of FreedomWorks, a grassroots service center to millions of activists who support smaller government, lower taxes, free markets, personal liberty, and the rule of law.