Conservatives Must Lead the Country Out of Biden and Democrats’ Mess 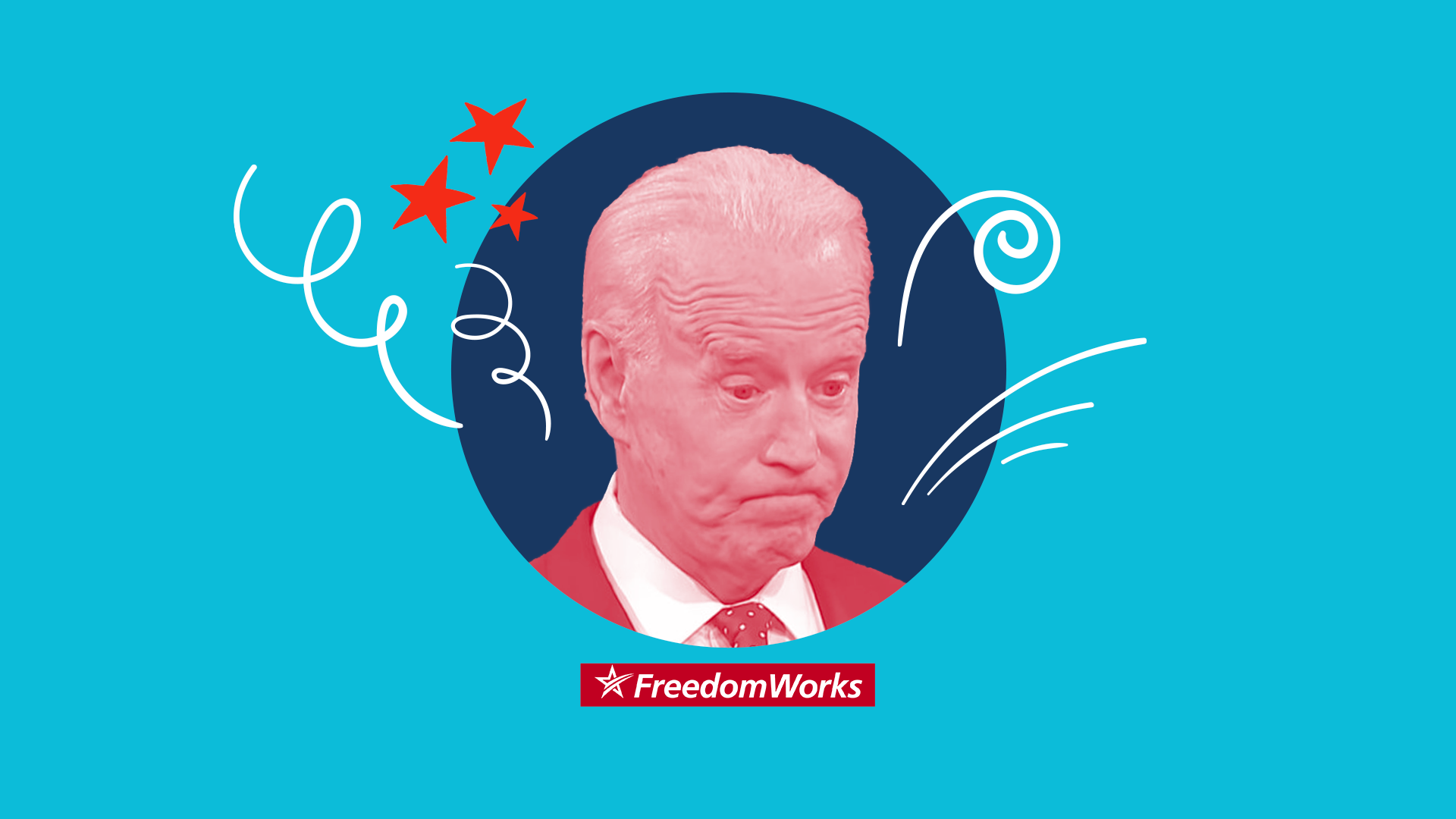 Everyday life is increasingly unaffordable and unpredictable in Joe Biden’s America. Inflation is at a record high, transportation costs continue to skyrocket, and a broken supply chain is making it harder for Americans to buy essential goods. An ongoing immigration crisis plagues the border, and, abroad, a botched withdrawal in Afghanistan created chaos and raised serious doubts about America’s status as a world leader.

The failure of this administration to take care of its citizens both at home and abroad should have Democratic voters jumping ship from S.S. Biden and demanding answers from party leaders. Independents have already come to their senses. But if you ask Democrats what it is that keeps them up at night, they point to Trump supporters and their unvaccinated compatriots as the monsters hiding under their beds.

In a national poll conducted by Scott Rasmussen, voters were asked what they consider to be serious threats to our country. Fifty-seven percent of Democratic voters identified Donald Trump supporters as a top threat to the nation. Though Donald Trump is no longer in office, fear of him and his supporters lives rent free in the minds of lefty media elites, who continue to project that fear onto their base. The previous president provides a convenient--though unconvincing for any person with a grasp on reality--scapegoat for the current one.

Coming in as Democrats’ second highest rated threat, at 56 percent, is unvaccinated Americans. This revelation, especially when paired up against Biden’s criticism of the vaccine on the campaign trail, should be stunning, but is instead unsurprising. Demonization of the unvaccinated and tyrannical executive mandates, like the recent vaccine requirement, have been adopted by the White House as legitimate strategies to hold onto those last scraps of goodwill voters feel toward their president. And as always, leftwing media showed solidarity with the White House by beating to death that same message for their audience. Those same sources, however, have been content to remain quiet about the fact that our vaccination rate among adults is steadily climbing to 80 percent and that cases are declining nationally.

This administration has made it clear that, as a rule, they operate two steps behind the American people. Across the country, Americans have moved on with their lives. People who wanted the vaccine have taken it; those who are vaccine hesitant will certainly not be encouraged by the White House’s current messaging. Donald Trump supporters are not the reason why families are struggling to afford groceries and supply chain issues are going unaddressed.

Would it be fair if Republicans blamed every single Biden voter for every lost job and closed business? Because that’s what it sounds like to me. In the Democrats’ eyes, Republicans are always evil, while we just think that they are wrong. We disagree with their policies while they believe that we are inherently bad people who hold an ‘incorrect’ set of morals. They’d rather discount us than try to work with us.

This is the fundamental moral difference that unfortunately makes up modern day politics. How can we expect to fix our nation’s problems when half of the country could never work with the other because they see them as evil, even when they themselves hold all the levers of power and are responsible for putting us in this mess? It’s crazy to think that Democratic voters spent four years calling people who voted for Trump evil. But now, with everyday Americans struggling more financially than they ever did in the Trump years, Biden supporters haven’t made a peep about their guy doing little in the way to alleviate these stressors.

The so-called empathy president has done little to make lives better for Americans like he promised on the campaign trail; he has a lot of explaining to do. But in the meantime, while journalists get to work on putting together his next alibi, conservative leaders need to band together with a blueprint for steering our country out of the chaos that Biden and Democrats seek to normalize. Since Democrats refuse to admit that their policies have caused needless struggles for millions of Americans and continue to turn their noses up at the thought of working with ‘evil’ Republicans, it’s up to the GOP to remind Americans what real leadership looks like.