Conservatives Must Rally Behind Scott Pruitt for EPA 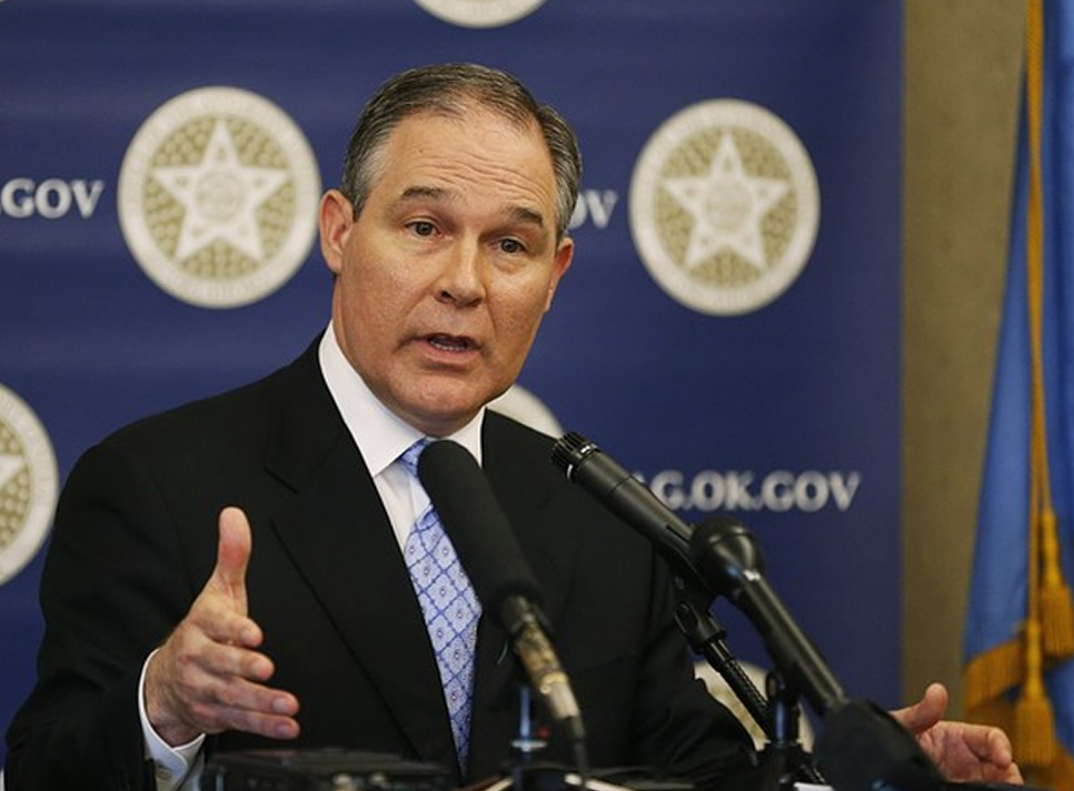 Pruitt's nomination and the case brought against him by the Sierra Club and others have little to do with Mr. Pruitt _ whose qualifications for the job having served as two state attorney general in Oklahoma are virtually unchallengeable. What is going on here is the clashing of two opposite philosophies of left and right on how best to safeguard our air and water and our federal lands and what the greens now call "the climate."

The green belief is that the future of the planet depends on halting all economic projects if they pose the slightest risk to the environment. This zero tolerance lunacy doesn't balance the economy and ecology, but subjugates‎ jobs and development to environmental purity.

We have seen this position in the extreme in recent years with green groups opposing ALL fossil fuel development in America under the "leave it in the ground" campaign. That is no drilling, no mining, no oil or gas development - and certainly no coal. This strategy has already put tens of thousands of American coal miners out of jobs (even as China and India build new coal plants every week) and would put nearly 10 million Americans in oil and gas and related occupations out of jobs.

To the climate change lobby, this is a small price to pay. Once upon a time the left touted no net loss of jobs due to "green jobs," but those have proven to be a fantasy and it turns out the solar panels are mostly made in China. A lot of good that does the out of work coal miners in West Virginia and Wyoming.

Mr. Pruitt represents a different mindset. He tells me that good environmental policy "can mean a cleaner environment with increased, not reduced economic production." In other words, a win-win for nature and workers. It may seem pie in the sky, but it's worked in Oklahoma where oil and gas production surged over the last decade while emissions of pollutants in the Sooner state fell. Pruitt was the attorney general when all of this happened. Yet he is tagged as pro-industry and anti-environment.

Oklahoma was no aberration. Another big energy producing state also doubled oil and gas output while cleaning up the air - with reductions in carbon monoxide, sulfur, lead and other pollutants.‎

Mr. Pruitt is being used by the radical greens as a piñata. The New York Times says he is unqualified because he dare question the science on global warming. He has thousands of scientists on his side. Big Green wants to derail his nomination not because he is a threat to the environment but because his philosophy is anathema to theirs. They will insist that the head of the EPA must subscribe to their religion on climate change while opposing all fossil fuel production and all development of our tens of millions of acres of federal lands.

That has been the case for eight years with EPA rules becoming a crushing burden on American small businesses and manufacturers. The EPA is now one of America's leading job killers. It exports jobs to China, India and Mexico where environmental protections are much worse and carbon emissions are much higher.

Pruitt wants a pro-jobs, pro-environment EPA. The left doesn't. He wants states to have more control of their resources. The left doesn't. Mr. Pruitt could be the best head of EPA ever, proving that free markets can lead to a safer environment. That's what really terrifies the left.