A copper. A copper! How do you like that, boys? 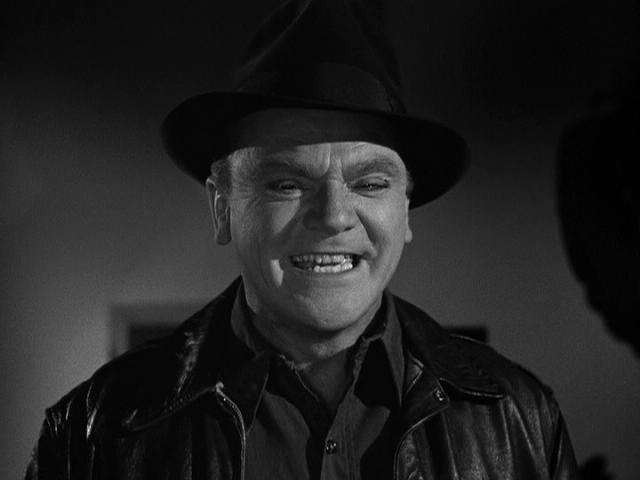 James Cagney is not impressed.

The effects of the Affordable Care Act have been so unpleasant that it is becoming increasingly hard even to find Democrats willing to praise the law. So far, ObamaCare has done pretty much the exact opposite of everything its architects promised. But it would be naive to expect Democrats to admit their mistake outright. Instead of acknowledging the increasingly difficult to deny truth that ObamaCare is a disaster that needs to be uprooted in its entirety, the go-to talking point has become that the law just needs to be “fixed.” With the right legislative patches, they argue, we can transform this lumbering behemoth into something that can actually function.

This is the mindset behind Sens. Mark Warner and Mark Begich’s proposal to add a new “Copper Plan” to ObamaCare’s existing Platinum, Gold, Silver and Bronze options. This would be a lower cost, higher deductible health insurance plan for the folks who are currently being priced out of the law’s “affordable” mandated options.

On the surface, it doesn’t sound like a terrible idea. Giving people more choices is always better, right? But the problem with this kind of thinking is a failure to recognize that ObamaCare is fundamentally, structurally flawed and no amount of tinkering is going to change that.

By dividing consumers options into gradated bands of coverage, there are inevitably going to be gaps, overlaps, and other inefficiencies resulting from trying to classify everyone in the country, with their extremely individualized health care needs into one of five boxes. Adding a new box, or five, or ten, doesn’t make that problem go away. Unless Democrats plan to create 300 million different plans - and I expect they would run out of types of metal long before then - no centralized system is going to adequately address consumers’ needs.

This is further complicated by the fact that the very nature of ObamaCare restricts what insurance providers are allowed to cover or not cover. The Copper Plan option is not - and cannot be because of the parameters of the law - the catastrophic care many young people want, since there is little demand among 26-year-olds for Viagra and triple-bypass surgery. This means that the only way to get premiums lower is to increase deductibles and other costs to the patients, which doesn’t really solve the affordability problem. At the end of the day, you still have to have young, healthy people subsidizing everyone else’s care, or else the whole law falls apart.

A truly functional health insurance market has to have to the ability to adapt its services to the needs of individual consumers. Imagine a restaurant industry that could only serve five, government approved meals. Imagine a shoe industry that only sold five sizes. The problems with such systems are so self-evident as to be absurd, yet when applied to health care, Democrat lawmakers seem blinded to this truth.

No matter how much Congress tinkers with ObamaCare, it is never going to be able to replace a free market for health insurance. The decentralized customizablilty that necessarily arises from many providers competing to please customers, unrestricted by the chains of government intervention, will always be far superior to anything Congress can dream up.