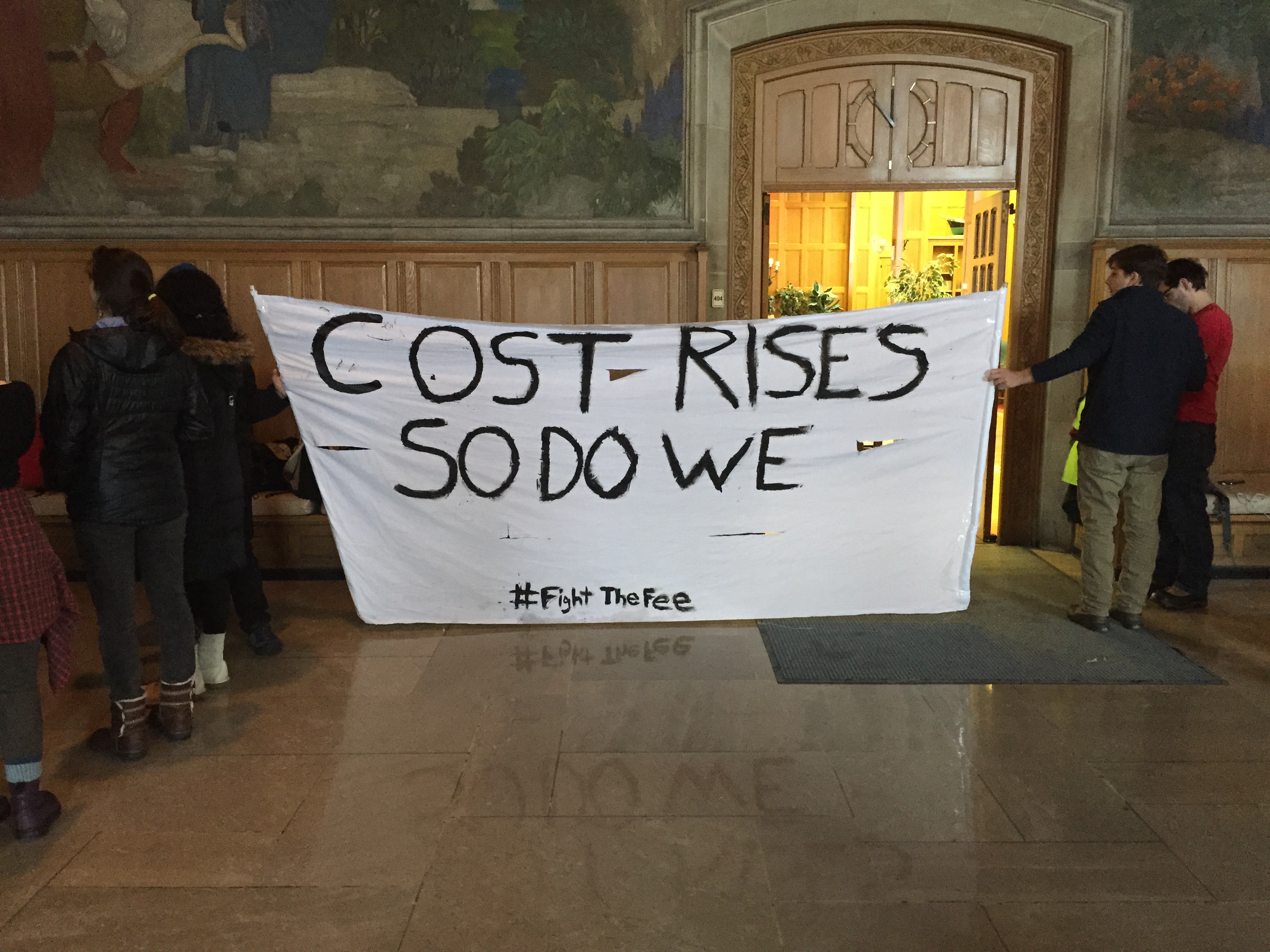 Cornell University has announced a $350 fee for students who don't enroll in the Ivy League school's Student Health Insurance Plan (SHIP), and students are pushing back against the administration, going as far as storming into the office of the school's president, David Skorton.

Skorton announced the $350 annual "health fee" -- which, reportedly, won't be covered by financial aid -- earlier this month in a memo to the student body, according to Fox News. "As a physician, parent and president, I am proud of our university's long history of providing quality medical, mental health, education and prevention services on campus. These essential services play a critical role in student well-being and, therefore, success," Skorton wrote. "Yet funding these services — and creating access to them for all students — has been a growing fiscal challenge, and a personal concern of mine."

The reasoning behind the school's "health fee" is that many students with private health insurance coverage utilize Cornell's student medical facilities for various reasons -- either they can't afford or don't want to pay for visits to providers on their plans or the network available to them in and around Ithaca, New York, where the school is located, is sparse. Part of the fee will also go to pay down debt for a previous expansion of student health services. All students -- including those who haven't signed up for to participate in SHIP, which costs $2,352 for the current school year -- will, in most cases, pay a $10 copay to use the school's health system.

"To address these serious issues, the university will implement a new funding model for health care services beginning in fall 2015. We will continue to rely on central university resources and SHIP to support student health, but will eliminate many of the fees we charge at the time of service to students with private insurance. Instead, we will introduce an annual university health fee of $350 for students not enrolled in SHIP," Skorton added.

Cornell's "health fee" is very similar to ObamaCare's individual mandate, which requires Americans to have a certain level of health insurance coverage or pay a punitive tax of 2 percent of household income for 2015 or $325 per person, whichever amount is greater. The revenue collected through the individual mandate subsidize the premiums of qualified ObamaCare enrollees.

"Essentially, both the fee and Obamacare are redistributionist policies which seek to extract from some in order to subsidize others," writes Casey Breznick, editor of the school's conservative paper, The Cornell Review. "In some ways, however, the Cornell student health fee is worse, because it’s not only a redistribution of wealth, it is an administrative bailout to the tune of a cool $4 million. It’s a double-whammy of liberal ill-logic and progressive policy."

As one might imagine, Cornell's own version of ObamaCare is sitting well with students, who have created a Twitter hashtag, #FightTheFee, and taken their grievances to school officials, including Skorton, who faced a large group of them at his office last week.

Though millennials were among President Barack Obama's most vocal supporters, the situation at Cornell University is all too similar to how ObamaCare takes advantage of them, and it's not limited to the individual mandate. Through the law's age-rating restrictions, for example, young people, who are often offered costly health plans with mandated benefits they may not want or need, effectively subsidize those who are older and more financially stable.

Ultimately, Cornell students shouldn't just be protesting against the school's administration for its misguided "health fee," they should be standing in front of the White House to protest ObamaCare, as well as other policies that amount to generational theft.