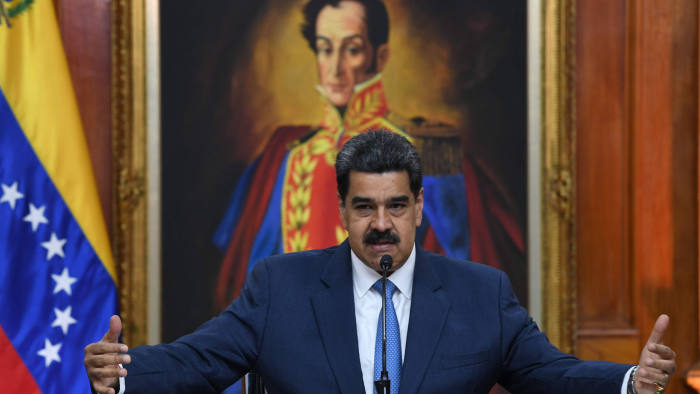 We have been seeing buckling infrastructure and rolling blackouts throughout Venezuela for years. The sorry state of Venezuela’s networks is nothing new. But, the new quarantine, and the massive surge in network traffic that comes with it, may finally break Venezuela's internet.

In most of the rest of the world, although networks are certainly under unprecedented strain, people have generally been able to use the internet freely. Coordination between internet service providers, platforms, and application managers, along with the deregulatory approach taken by the Federal Communications Commission, have created an environment of necessary flexibility to weather the quarantine.

For example, Netflix has already responded to the surge of traffic in the European Union by voluntarily capping playback resolution of videos at 480p, estimating that the cap would reduce Netflix traffic by 25% while maintaining “a good quality service for our members.” By contrast, reportedly during the first five days of the quarantine, Netflix traffic in Venezuela more than doubled while WhatsApp, TikTok, and Twitter traffic each swelled by around 40%.

This wouldn’t necessarily be a problem if Venezuelan “President” Nicolas Maduro had properly invested in network infrastructure. Instead, these usage spikes find an unprepared network, plagued by underinvestment and neglect. The Speedtest Global Index for February 2020 shows that Venezuela’s fixed broadband speeds rank 175th (second-worst in the world) and mobile broadband speeds rank 139th. Even so, Maduro has made it “forbidden to cut off telecommunications services in the country during the next six months,” effectively forcing companies such as AT&T, Movistar, and Digitel to operate at a loss. Even worse, Venezuelan internet service providers are not allowed to take independent action to maintain network stability.

There are many causes of Venezuela's network predicament. Nearly all of them are rooted in Maduro’s despotic, socialist regime. As Jose Miguel de Viana, former president of Movilnet, told Bloomberg, “by forcing operators to cap rates, they’re unable to pay for the capacity needed to handle usage increases.”

Furthermore, Venezuela's near-total economic reliance on oil and gas has had disastrous consequences. Annual tax revenues that are driven by oil and gas revenues have fallen below $2 billion. The decline has been labeled an “implosion” as production has declined about 70% to around 700,000 barrels per day. In a country where food and medical shortages are common, investing in network infrastructure is far from the top of the priority list for the Maduro regime.

The flaws in Venezuela’s network infrastructure have only been exacerbated by Maduro’s directive. By forbidding telecommunications service providers from throttling or cutting off services, the Maduro regime has prevented service providers from doing nearly anything independently to manage unprecedented network congestion. For example, not allowing video streaming companies to independently cap playback resolution, as they have done elsewhere, has the potential to create lagging and dropping of more essential internet packages going to places such as hospitals.

Video streaming, multiplayer gaming, and peer-to-peer applications all require a large amount of bandwidth to function properly and can impose a significant delay on other traffic. Logically, in a crisis, these are the nonessential services that can reasonably be capped or throttled temporarily to significantly improve congestion. Yet, it is many of these types of services that the Maduro regime has prevented from responding to the crisis without express authorization. In an effort to placate a growingly discontent population, Maduro has determined to support nonessential platforms including Netflix at the expense of more essential social services. All this in the name of network equality.

What is happening in Venezuela today is demonstrative of the importance of a light-touch regulatory framework with regard to network discrimination in the United States. The reopening of the Restoring Internet Freedom Order by the FCC has reinvigorated the debate surrounding so-called "net neutrality." Venezuela would be better served during this crisis by allowing service providers to freely manage their networks. More importantly, the centralized government attempting to manage the network has the potential to endanger more lives than would have otherwise been.

The U.S. hasn’t experienced rolling blackouts during the quarantine. For all intents and purposes, though our networks are operating at near capacity, people can freely access the internet as always. This is due, in no small part, to the efforts taken to manage the congestion by internet service providers and platforms under the Restoring Internet Freedom framework. Hopefully, once this crisis passes, policymakers won’t soon forget the important part that network freedom played in keeping America connected when we were all stuck at home.