The Cost of Regulation 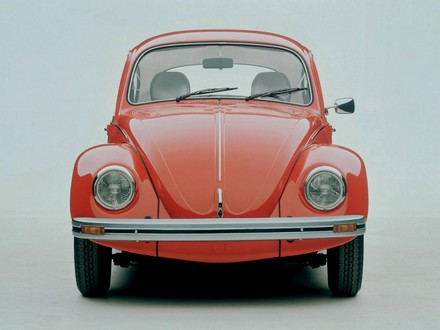 Volkswagen is in hot water with the EPA, after revelations that 11 million of its vehicles employ covert software designed to trick emissions testers. While being tested, the cars switched to a more efficient mode in order to beat the regulations, afterwards switching back to a higher performance (and hence higher emissions) method of operation.

Of course, the company is being widely condemned as criminal, negligent, and downright evil. The charge is not wholly without merit; Volkswagen did break the law, and they did misrepresent their vehicles to consumers, none of which should be tolerated. But there’s a more interesting point here, which is the way regulations affect the behavior of companies, and the waste that results.

One of the mistakes regulators frequently make is assuming that they can simply control behavior by decree. When the EPA issues a ruling that emissions cannot exceed a certain level, it goes without saying that companies will abide by the rule, and that will be that.

In reality, people respond to incentives, and if you use the law to try to stop people from doing something that benefits them, you can bet that many, if not most, will try to find away around compliance. A great example of this is the tax code. The extreme complexity of the tax code has resulted in a huge industry of accountants and lawyers devoted to finding loopholes, deductions, and other ways to protect their clients’ money from the IRS. If taxes were low, flat, and fair, the immense amount of resources devoted to this industry could be employed in actually producing something, rather than in merely avoiding the tax collector. Environmental regulations work the same way.

Volkswagen had to spend time and money to develop and install the software used to beat emissions detectors in 11 million of their cars. They had to cover their tracks to ensure they weren’t caught, and now they are facing huge fines, legal fees, and plummeting stock prices as a result of the scandal. Innocent employees will lose their jobs, and perfectly good cars will be pulled off the market, reducing the supply of vehicles and therefore driving up the cost. The spillover effects are likely to damage the entire German auto industry for years to come.

All this represents a huge waste of resources, a waste that could have been avoided in the absence of strict emissions regulations in the first place. All of that time and money could have been spent producing better cars, or giving consumers a discount. All of those resources could have been used productively, instead of to the non-productive activity of evading regulations. You can argue that it’s Volkswagen’s fault for not playing by the rules, but economics recognizes that people will always be self-interested, and as long as there are regulations, there will be people trying to evade them. Volkswagen is certainly neither the first nor last company to spend money to get around environmental rules.

Instead of imposing mandates that invite unproductive cheating, why not allow consumers a choice? If Volkswagen’s cars are so bad, why not let consumers reject them? And if they are not all that bad, why not let people buy them? We never would have emerged from the grimy, soot-covered youth of the industrial revolution if factory owners had spent all their time dealing with regulations instead of coming up with new technologies. The same incentives apply today. So while we should rightly condemn Volkswagen for cheating, we owe it to ourselves to ask why it was necessary for them to cheat in the first place, and whether we are actually made better off by a system that diverts productive activity towards illicit, black market behavior.

This is absolutely total garbage journalism. Whatever point you're trying to make I have no clue. To me and everyone else who has even one sense of common sense sees exactly what happened here, and I'm confused as to why this article seems to allude to not getting it. To put it simply, Volkswagen intentionally and deliberately engineered a piece of software that breaks existing environmental regulation.it's important to realize that every other automaker which makes diesel engines including other German automakers chose not to break the law. It is not an instance where boo-hoo they had to cheat because of that eeeeville EPA.

Now we all know that this site wants everyone and anyone to think that anything that the EPA does is naturally bad, choosing this particular story to demonstrate that it is doesn't make Any sense. If anything it simply looks stupid.