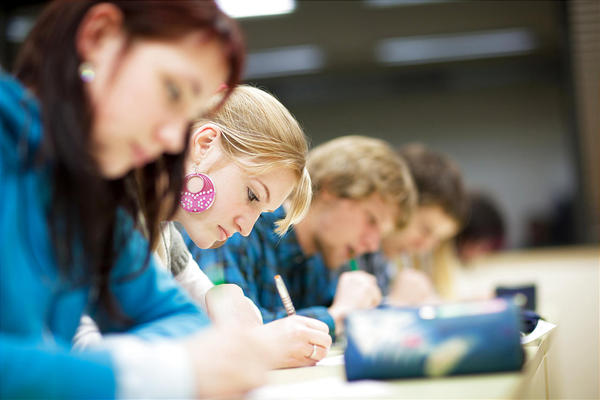 The theory itself is grossly flawed and ignores entirely the myriad ways in which children learn and succeed, but the federal fixation on testing persists, and now we’re all going to have to pay a price for it. I speak not only of the price to the students’ sanity, to the teachers’ flexibility, and to parents’ peace of mind, all of which have been written about extensively, but the purely fiscal cost to state governments as well.

In Montana, a new analysis reveals that Common Core tests are going to cost $27 per student, which adds up to $2 million for the state budget. In New York, the cost is $25 per test, totaling a $129 million bill for the state.

“But we’re investing in our children’s futures!” I can already hear you crying. “How can you put a price on that?” This point would have more weight if the money was actually going to teach children more, to reduce class size, to improve school choice, or to acquire better teachers. It’s not. This is money that is spent solely on testing.

Why are states willing to shoulder this financial burden in order to implement standards that are confusing, infuriating, and ineffective? Well, increasingly, they aren’t. More and more states are adopting legislation to withdraw from Common Core in favor of state based standards or a rethinking of the entire system. Louisiana, Missouri, Oklahoma, South Carolina, and Utah have withdrawn, with many other states considering legislation to follow.

But the states that remain committed to the standards do so because of federal threats to withdraw funding from Race to the Top grants to any state that doesn’t comply with Common Core. These grants can amount to hundreds of millions of dollars per state, outstripping the testing cost associated with adoption of the standards.

Testing is not the same thing as education, and extracting taxpayer money to implement more standardization and centralization without addressing the root problems with the school system is irresponsible and wrongheaded.

Of course, testing is not the only cost associated with Common Core. In total, the standards are expected to cost between $3 billion and $12.1 billion nationwide. It’s just another example of Washington throwing good money after bad, the latest in a series of failed education policies that stress the “common” in everything but sense.