A Country Where 'Government-Solves-Everything' Is Doomed 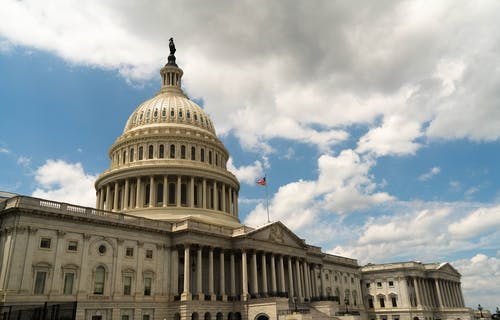 Last week, Congress finally emerged from weeks of wall-to-wall impeachment hearings to get back to figuring out how to respond to the ongoing pandemic. The much heralded $1.9 trillion COVID-19 stimulus package proposed by House Democrats is all but assured to pass via the budget reconciliation process.

$1.9 trillion--just like that. Emergency funding, tacked right onto the soaring national debt, not to mention the $4 trillion in COVID-19-relief already spent in 2020. What’s another $1.9 trillion?

But of course, COVID-19 is an emergency in the true sense of the word, having claimed the lives of more than half a million Americans and caused others to suffer deprivations such as loneliness, hunger, and loss of livelihood. Congressional action is needed.

The trouble with solving the COVID-19 crisis, though, is that liberals have declared the present to be an age of perpetual crisis. To them, COVID-19 is just one crisis among many and cannot be addressed without addressing those other so-called emergencies as well. Long gone is the prudence to distinguish between genuine emergencies and problems that have knocked at the door of Congress long before the pandemic hit.

Think back to the Biden-Harris campaign. They ran on a long list of crises that had nothing to do with COVID-19: climate change, racial justice, immigration, health care, gun violence, and police brutality. They are not just problems, but calamities that demand immediate and converging action now.

What has left the conversation entirely is the cost of ongoing emergency spending, especially when it’s not even for true emergencies. I remember when public debt, deficit spending, and balanced budgets were primary political issues. Now, saying that government spending isn’t the best way to solve every perceived ill in society will get you laughed out of the room or make you a target of outrage.

But those bizarre reactions from liberals don’t change the fact that America added $8 trillion in new debt between 2017 and 2021, with over $4 trillion having been added in 2020 alone.

These used to be staggering sums--now, not so much. Maybe the numbers have just gotten too big to be fathomed, like trying to imagine all the stars in the universe. At some point, the amounts become meaningless. Plus, though we’ve added over $20 trillion in debt in the last 16 years, the economy hasn’t collapsed. That fact won’t convince people to start caring about reckless government spending again.

But concerns about the debt and deficit should not be some academic exercise. Government interventions into the economy have real consequences.

According to Minority Leader Kevin McCarthy, R-Calif., only 9% of the actual dollars in the newest relief package go toward fighting COVID-19. The rest is effectively social welfare.

We have tried this kind of social welfare experiment before. Since Lyndon B. Johnson’s "War on Poverty” began in 1964, taxpayers have spent over $22 trillion on anti-poverty programs, not including Social Security or Medicare, with little to show for it. According to The Heritage Foundation, this spending, adjusted for inflation, is “three times the cost of all the United States military wars since the American Revolution.”

Leftists refuse to see that the best way to stomp out poverty is through the free market, not handouts.

Too bad this bill is full of those. With a $15 minimum wage mandate, 1.4 million jobs, most of which are held by low wage workers, would be wiped out according to Congressional Budget Office estimates.

I wish I could tell you that government spending is a partisan problem--that "my side" is in the right and that Biden, Harris, Pelosi, and Schumer are in the wrong, but I can’t.

In D.C., there is so little debate on the COVID-19 package that the Biden Administration has already started pushing next month’s massive infrastructure spending bill.

When numbers have become so big as to be rendered meaningless, that might be the right time to do some soul-searching.

The cost of a Government-Solves-Everything civilization is too high--and I’m not just talking about the dollar amount.

Congress should respond to emergencies, but runaway spending cannot be the default answer. And to that end, leaders need to relearn what separates emergencies from problems that would be better addressed with sober policy solutions and incentives.