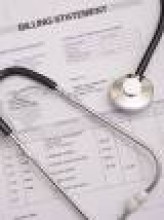 Baker County Medical Services v. US Attorney General, et al: When hospitals agree to accept Medicare patients, there is a regulation that requires them to also provide care for federal detainees. A hospital’s reimbursement for the care it provides is determined by the federal government. Baker filed suit against the federal government on the grounds that the Medicare reimbursement rate does not adequately cover the emergency medical services that the hospital is required to provide to detainees. Since there is this lack of funding that is left to be paid for by the hospital, Baker is claiming injury for a violation of its 5th amendment for an unconstitutional taking.

The 11th Circuit Court upheld the decision of the lower courts by ruling to dismiss the case, in its entirety. The Court deemed that the resolution for this problem would best be found through congressional action rather than judicial and thus, refused to offer a ruling or an opinion in the matter.