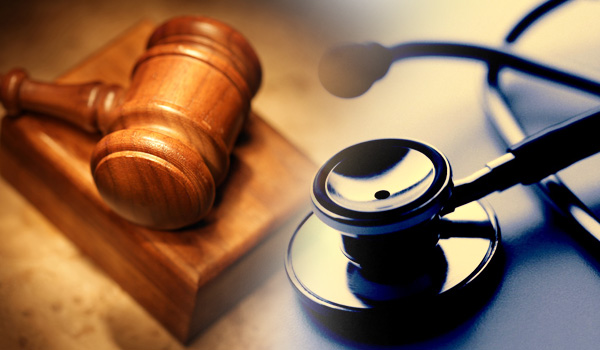 America may be on the verge of a giant tax cut. A tax increase created illegally by the Obama IRS when interpreting ObamaCare may come to an end, struck down as unconstitutional overreach. Oral arguments Tuesday showed judges leaning toward forcing the administration to follow the law as written.

In Halbig v Sebelius, a group of citizens and businesses is challenging the authority of the Obama IRS to hand out subsidies to insurance companies in states that use the federal health insurance exchange. Under ObamaCare, when any of a business' qualifying employees buy subsidized insurance through their state exchange, the business is fined $3000 per employee, a huge tax increase.

But all of that is only supposed to happen (under the letter of ObamaCare as passed) in states with their own exchanges.

After passage of ObamaCare, many states elected not to create their own exchanges. That surprised the law's advocates, who assumed that states would jump at the chance to receive federal insurance subsidies. But without the subsidies and the $3000 per employee taxes, states without exchanges would be more attractive to employers.

When states started to see what a bad deal setting up their own exchange was for their business climate, how much it would cost them to set up an exchange, and that they would be the face of any problems that arose, they balked. The Obama IRS decided the subsidies applied to all states, even those without their own exchanges. It could mean as much as $700 billion in spending (1) over ten years, and higher taxes for business created by the Obama administration, not by Congress as the Constitution demands.

Grace-Marie Turner of The Galen Institute attended the oral arguments.

Judge A. Raymond Randolph indicated he felt the statute was quite clear in repeating “seven times” in that section that the subsidies are available only “through an Exchange established by the State.” He indicated that it “is not up to the courts to fix” a problem that Congress may have created for itself. (Nor, we might add, is it up to the IRS to rewrite the statute in its regulatory interpretation.)

There was an interesting discussion about the need to get Sen. Ben Nelson’s vote and that he was the one who insisted on the state authority provision, implying that without his vote, the bill would not have passed. Also, the fact that only $304 million was allocated to establish federal exchanges is an indication that the federal government assumed most if not all states would set up their own exchanges.

Turner also noted that Judge Randolph seemed relieved that states could still set up an exchange to get the subsidy money.
Under Obamacare there is no deadline for establishing an exchange.

Michael Cannon of the Cato Institute has been following the case, and was a key voice in showing that the law did not allow the administration to hand out subsidies in states without their own exchanges. His statement today:

In a federal courtroom today, appellate Judge Thomas B. Griffith clarified that an Exchange established by the federal government is not “established by the State.” When the government’s lawyer argued that federally established Exchanges meet that requirement, Judge A. Raymond Randolph cut him off: “That is a leap. That is not statutory interpretation.”

Hopefully, the court will invalidate the IRS’s illegal taxes and spending.

Hopefully, indeed. Incumbent politicians who depend on the revenue the IRS provides are reluctant to criticize the organization, so its power continues to grow. Perhaps this case will be the spark needed for the major institutional reform the corrupt institution needs.