CPAC Panel on the Export-Import Bank 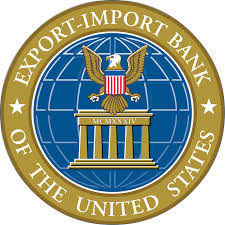 Last weekend, the 2015 Conservative Political Action Conference (CPAC) met in Washington, DC to address the most important issues in America. Everybody who attended was well aware that free markets in America have been under assault by the federal government’s crony relationships with private corporations.

One institution that epitomizes this crony relationship is the Export-Import bank. Tim Carney of the Washington Examiner was on a panel at CPAC that specifically addressed this issue. He brought up the point that cronyism has falsely distorted the meaning of capitalism, from one of free-market competition to one of protecting the interests of rich corporations.

But, as Carney pointed out, there is a great difference between free-market capitalism and crony programs that force taxpayers to hand out corporate welfare. In fact, nothing about the Export-Import bank contains a single atom of free-market DNA.

For example, the bank was established by an executive order under President Franklin Roosevelt. Since then, its function has been to protect large corporations from the burdens of competition, by providing low-interest loans funded by taxpayers to people and institutions who will support American exports.

To illustrate the extent to which the bank exclusively serves the interests of politically connected corporations, it has been dubbed “Boeing’s Bank” because it provides the multi-national company with tons of assistance. In fact, of all the loan guarantees that the bank made in 2012, 80 percent went straight to Boeing. Three of the top five beneficiaries from the bank in 2013 included Boeing, General Electric, and Caterpillar. Obviously the Export-Import bank is a lucrative deal for large corporations.

Ironically, the bank’s largest supporters are traditional progressives who tend to speak out against these unfair policies that disproportionately favor the rich. For instance, Hillary Clinton, Elizabeth Warren, and Barack Obama are all fighting to keep the bank alive. In a classic political flip-flop, when President Obama was still a candidate in 2008, he referred to the bank as nothing more than a fund for corporate welfare.

Fortunately, the Export-Import bank’s charter expires this June. If congress refuses to vote on reauthorizing its charter, then the 80 year-old corporate welfare engine will finally be eliminated. It is important that you stand up for free markets and tell your representative to get rid of this crony institution.