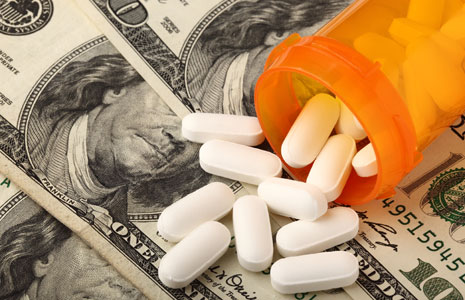 The CREATES act is a simple fix to flagrant abuse. Drug producers with expired patents prevent new competition from entering the market. They do this by stifling FDA approval of generics from new producers. To earn approval, a generic company needs samples of the existing drug. An established producer can delay the process by refusing to provide samples.

The result is that new producers can’t earn approval for competitively priced generics! Passing the CREATES Act would correct this loophole by providing court-ordered injunctions against companies that deny samples.

Opponents of the CREATES Act wrongly claim that court injunctions are a boon for liberal trial lawyers. Nonsense. An injunction orders abusive companies to provide withheld samples. The CREATES Act allows for damage claims along with injunctions, but this is still not a hugely profitable outing for trial lawyers. Trial lawyers want large, mandatory class-action suits that require using their services. There’s no comparison here, where the only suits are filed by generic manufacturers.

And a brand pharmaceutical company can avoid litigation altogether simply by providing, access to drug samples. It’s that simple.

Another awfully wrong claim espoused by CREATES Act opponents is that it will generate frivolous lawsuits. The idea that a company would spend resources to set up a fake drug approval for the purpose of suing another producer is ridiculous and costly. Besides, if the original company provides drug samples in this fake scenario, there would be no grounds for legal action! Frivolous lawsuits would quickly turn into massive profit losses for those who might try them.

So the claim by CREATES Act opponents that the bill will generate frivolous lawsuits is highly questionable. The idea that a company would spend resources to set up a fake drug approval for the purpose of suing another producer is both questionable and costly. Besides, if the original company provides drug samples in this fake scenario, there would be no grounds for legal action. Frivolous lawsuits would quickly turn into massive profit losses for those who might try them.

FreedomWorks has wrote in-depth about the CREATES Act here and here. Its passage would save up to $5 billion in Medicare costs by lowering drug prices.

FreedomWorks also urges small government patriots to contact their legislators in support of it.

I am not want to use this site only for my work but i am also want to share this https://setclockwindows.com/ site so that all person can use this site and then he can work on this.