The Crisis Of Personal Responsibility 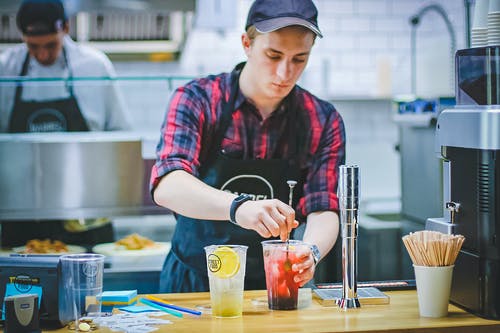 As the COVID-19 pandemic nears its end, it’s clear the economy should be returning to normal. But this Friday’s jobs report shows that the U.S. economy is still not on the swiftest road to recovery. With the unemployment rate dipping in dozens of states, the financial situation of millions of Americans is improving. But despite the best efforts of businesses around the nation, many of them are struggling to get their employees back.

Just go to any hotel, construction or retail company and they’ll tell you the reason they cannot provide services at pre-pandemic levels isn’t because of COVID-19 itself. It’s because of the government’s incentive to not return to work.

That’s because leftists at every level of government continue to promote policies that have unnecessarily prolonged the economic devastation caused by failed lockdowns. Even as the demand for vaccines is filled and almost every American who wants a COVID-19 shot has received one, President Joe Biden and his allies have foolishly decided to extend the $300 weekly federal unemployment subsidy — even as nearly half of states have chosen to opt out of it.

And if that’s not enough, Democrats on the state level are providing unemployment checks worth hundreds of dollars each week. Residents of California can collect up to $450 in weekly benefits in addition to the $300 subsidy, while New Yorkers can receive over $500 in unemployment each week on top of the subsidy. Do the math, and you’ll find that some unemployed Americans are raking in the equivalent of $20 an hour, working 40 hours a week.

This is obviously unsustainable. Yet President Biden and the left are in no rush to get people back into the workplace. Rather than scaling back government intervention in favor of letting the free market drive our economy, Democrats and their allies are pushing for a federal takeover. This sadly doesn’t come as a surprise to Americans who have paid attention to how the far left has consumed the Democratic Party.

But what’s truly unfortunate is the degree to which so many have gone along with this plot by the left. Instead of supporting the businesses which have been crushed for the past year by lockdowns, capacity limits and other restrictions, some Americans have chosen to let them suffer if it means continuing to collect government benefits that match what they’d otherwise be paid at work.

Businesses who are unable to pay employees more than this new wage floor, which the government has artificially set by extending unemployment benefits, have no choice but to close up shop. What was supposedly a program meant to prevent people from spreading COVID-19 while allowing them to pay their bills has morphed into a cudgel with which to hit struggling businesses. The Amazons and Targets of the world, largely unaffected or even benefitted by the lockdowns, have already raised their minimum wages. Meanwhile, the little guy suffers.

The businesses in our communities will struggle so long as people abandon the concept of personal responsibility and cheer on the left’s insane efforts to grow the role of government in our lives. Free enterprise and limited government have made the American economy the envy of the world. But in an age where too many have adopted the mindset that government, rather than the free market, is a force for good, they’re fine with employers suffering if it means they receive a weekly check.

Of course, the government doesn’t get money from nowhere — your taxes will be raised to pay for all of this, and you’ll pay the hidden tax of inflation as more and more dollars chase a shrinking amount of goods and services. This problem will only intensify as people continue to stay out of the workplace and business owners call it quits due to a lack of employees.

At a time when the American economy should be returning to its pre-pandemic status as a global leader, leftist politicians continue to extend supposedly “temporary” unemployment benefits for no good reason. But the impact of these payments on the recovery is only as significant as the number of people who elect to stay home, rather than assume personal responsibility and return to work. Unfortunately, there are millions who are doing so — and our nation will be paying the price for years to come.