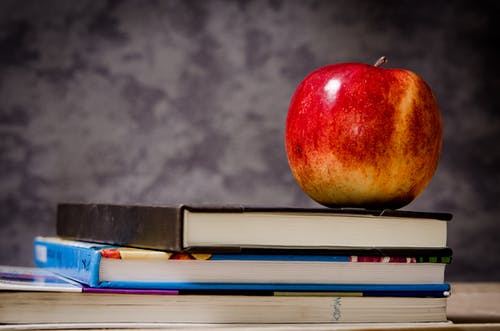 America is embroiled in a crisis that will determine the future of liberalism.

Liberalism, the tenets of which were embraced by our Founding Fathers and championed by generations of Americans since the creation of our country. But this is not the same liberalism that permeates the modern Democratic Party. The leftists of today — even though many of them describe themselves as “liberals” — are actually the enemies of liberalism.

“Small L” liberalism, which has been central to American history, has brought together free people since the end of World War II. It’s the same liberalism that unified the free world against the Soviet Union in the latter half of the 20th century. Liberal principles served as a rallying cry when millions fought against repressive socialist regimes.

Liberalism gives us a standard for how we view our fellow man. It teaches that people should be viewed as individuals, rather than members of a tribe defined by their immutable characteristics. Liberalism maintains that every human being has dignity and should be judged by the content of their character and individual choices.

Unfortunately, the liberal foundation of American society risks destruction at the hands of illiberal “critical theories.” Once confined to the writings of fringe left-wing university professors, critical theories are rooted in the idea that hierarchies based on collective social and political identities define our existence. Rather than evaluating us as individuals, critical theorists view people only as members of victimized or oppressed groups.

In particular, critical race theory is rooted in the pernicious and false belief that America is an irredeemably racist country. Proponents of critical race theory believe that people can be characterized as oppressors based on the color of their skin. The central claim of this poisonous ideology is that our respective racial “identities” are more important than our common status as human beings, and as Americans.

Critical race theory further posits that “the law and legal institutions in the United States are inherently racist insofar as they function to create and maintain social, economic, and political inequalities between whites and nonwhites, especially African Americans.”

The logical conclusion of such a statement is simple: that as long as there is inequality of outcome between groups, it can be attributed to “institutional racism.” But as Thomas Sowell observed, “Even the same man is not equal to himself on different days.” Claiming that America is a racist country unless equality of outcome is achieved is not only dishonest, it’s dangerous.

It’s clear that critical race theory is an affront to liberalism, because it dispenses with the very idea of the individual. Rational thought and personal responsibility are replaced with resentment, as any failures of those considered “victims” by critical race theorists can be blamed on societal bigotry. There’s no way to satisfy advocates of critical race theory because its proponents don’t seek to improve America as it currently exists — they seek to destroy it.

While liberalism emphasizes individual liberty and the country’s founding ideals, critical race theory looks to tear the nation apart in favor of promoting collective guilt and racial essentialism. Critical race theorists aren’t looking to compromise with liberals, because they reject the central tenet of liberalism — that all men are created equal.

This is a recipe for needless division and racial tension. But leftists, including those in the Biden administration, don’t care. In fact, the White House wants to bribe educators around the nation to integrate critical race theory into their curricula.

Let’s take a step back and ask ourselves: what good would this do for our children? Critical race theorists want to teach young kids — many of whom will return this fall after a year apart — to see each other as nonequals. We should be doing precisely the opposite.

Characterizing people as “oppressors” and “oppressed” based on the level of melanin in their skin is as despicable as it gets. And no American — especially our children — should mistake critical race theory for anything but the illiberal ideology it is.