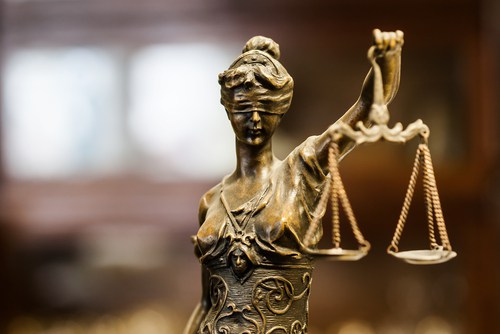 In May, the House of Representatives passed the First Step Act, H.R. 5682, by a vote of 360 to 59. The bill would implement risk assessments and recidivism reduction programming in federal prisons, as well as incentivize certain nonviolent prisoners to reduce their risk of reoffending through earned time credits that can be “cashed in” for placement in pre-release custody.

Georgia has arguably done more on criminal justice reform than any other state. Gov. Nathan Deal (R-Ga.) made reform a central part of his agenda in a Republican-dominated legislature, passing front-end sentencing and back-end prison reforms, juvenile justice reform, and second chance policies to give people who have made mistakes an opportunity to become productive, taxpaying citizens.

When Gov. Deal launched this effort in 2011, Georgia’s violent crime rate was 374.6 incidents per 100,000 inhabitants. If one were to believe the fear-based rhetoric used by opponents of criminal justice reform, one would assume that crime has skyrocketed in Georgia in the years since the initiative began. Well, that hasn’t happened. In fact, in 2017, the violent crime rate in Georgia was to 357.2 incidents per 100,000 inhabitants; the lowest rate since 1970.

Another claim revolves around the recidivism rates. Attorney General Jeff Sessions has claimed that the recidivism rate of prisoners released from state prisons in 2005 is 83 percent. This is misleading. The Bureau of Justice Statistics, which produced the report Attorney General Sessions has cited, measures recidivism by rearrest, not reconviction or reincarceration, and the prisoners on whom data is kept were released long before the reform movement began.

Finally, one of the most ridiculous talking points from opponents of the First Step Act is that this constitutes a “jailbreak." Under current federal truth-in-sentencing law, a prisoner must serve at least 85 percent of his or her sentence. He or she may earn up to 54 days of good time credit per year. The Bureau of Prisons has interpreted the statute as 47 days per year. As passed by the House, the First Step Act would simply fix the statute, restoring congressional intent.

The First Step Act also incentivizes prisoners to lower their risk of recidivism through earned time credits. Each prisoner would be subject to a risk and needs assessment to determine his or her risk of reoffending and the prisoner’s programming would be tailored to his or her risk. A prisoner may earn up ten days of time credits for every 30 days of successfully completed programming. Minimal- and low-risk prisoners may use time credits to be transferred into pre-release custody, such as home confinement or a halfway house.

Little will change the minds of reactionaries who oppose the First Step Act. But it is absolutely critical to cut through the fear-mongering, myths, and falsehoods peddled by a crowd who can’t seem to grasp that to be tough on crime, we have to be smart on crime. In order to reduce recidivism, we can’t simply warehouse drug offenders for years and expect them to re-enter society successfully and as reformed citizens when they may lack an education or skills for a trade.

The First Step Act builds on the successes of state-level reforms that have enhanced public safety by bringing the reforms to the federal criminal justice system and providing opportunities for those who want to live a better, law-abiding life once they’ve paid their debt to society.

The user faces not responding problem so many times while accessing this happen due to Service host, the request of the user is not clear from the server side, we recommend you our experts to fix Service host superfetch at https://notresponding.net/service-host-superfetch/

Thank you for posting this article, it was really helpfull. Great Article.
https://bubble-shooter.co