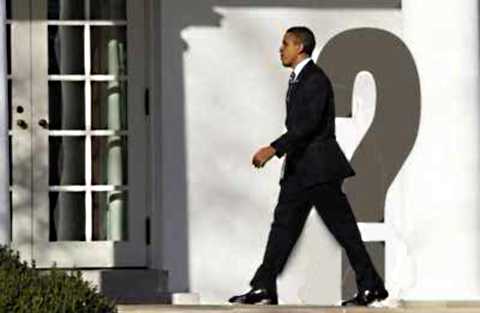 The president's health care law does more than he imagined.

Question: What do you get when you pass a law consisting of thousands of pages of regulations too numerous and complex to be understood by anyone? Answer: Unintended consequences.

A new study from S&P Capital IQ reveals the extent to which this is the case with the Affordable Care Act. The study finds that, by taking advantages of incentives built into the law - albeit more by accident than design - big corporations can save up to $800 billion dollars by dropping low-wage workers from their health insurance plans and forcing them onto the ObamaCare exchanges.

The problems with this are legion, as is the hypocrisy with which the law’s supporters defend policies that result in the exact opposite of what they claim to want. Democrats in the Senate recently voted (unsuccessfully) to raise the federal minimum wage to $10.10 an hour, citing concerns over the well-being of low-wage workers and demanding a “living wage.” But employer-sponsored health care originated as a substitute for wage increases (prohibited due to FDR’s wage controls.) Now that workers will be losing this perk, they will effectively experience a de facto wage decrease as a result of ObamaCare.

It is also ironic that the ACA has proven so beneficial to corporate giants when the Obama administration has spent the last five years relentlessly attacking the wealthy and powerful in word, if not in deed. In fact, the $800 billion big companies stand to save by foisting their employees’ health insurance off on the government is peanuts compared to Obama’s other accumulated corporate welfare programs, including the stimulus package, multiple Farm Bills, and the bailout of U.S. auto companies. The cronyist overtones in everything the president has done are plain to see for anyone who takes the time to look.

By now, Obama’s claim that “if you like your health insurance plan, you can keep it” has been well and truly debunked, with fact-checking organization Politifact naming it the “lie of the year” for 2013, but the fact that the cancellations keep on coming does nothing to help the president’s credibility.

But perhaps the greatest cause for concern is the seemingly systematic way that Americans are being shifted into government dependence. While the employer-sponsored model for health insurance is grossly flawed, and should never have come into being in the first place, at least it provided a way for workers to obtain health care without running to the government for help. Now, thanks to the ACA, even hard-working employees in low-wage jobs will find themselves forced into federal- or state-run exchanges or else pay a penalty for failing to do so.

When the poor have no recourse but to rely on government entitlements for basic necessities, they are trapped into an endless cycle of dependence, forced to vote to perpetuate the very system that keeps them down. Once a majority of Americans need Big Government just to keep their heads above water, the progressives know all too well that they will never lose another election. This is why it is so important to emphasize that these policies actually hurt the people they purport to help.

If you want to know what progressives really stand for, it is always better to look at what they do instead of listening to what they say. The gulf between the two makes the Grand Canyon look positively quaint.

Stonex2 , money is always a part of the political process even if you are a candidate for one of the socialist parties. But you'd be incorrect if you thought that the tea party's power comes from it's coffers. The tea party could not exist without millions of ordinary citizens. It's power has come from it's numbers and not from it's ability to "buy off" anyone. In other words, what the tea party offers a candidate is votes- a chance to win- and not money to make commercials and signs the way a corporate special interest group does. Even if you don't agree with the Tea Party, it's important to note, that if there is ever going to be any kind of real reform it will have to happen the way the Tea Party did it. A movement involving so many citizens that they can not be ignored. And politicians attaining and retaining power based upon how they serve the ideological interests of the people they are supposed to represent. I wish the democrats could put their differences in opinions aside long enough to realize that what the tea party did is exactly what the founders hoped their citizenry would do. Think of what it would take to have the country changed exactly the way you would like it be. The "stone stone" party may have many different types of members of various income levels and vocations but what will really matter is how much impact it will have in the voting booth. This is much different than the "Corporatism" which is a back room deal between a politician and a monied interest. "Corporatism" is corruption because it excludes the ordinary citizen.

Interesting- this mention of "Corporatism". Especially in light of how the Tea Party gets its money: From billionaire conservatives and lobbys for various corporations and industries.