A Crucial Victory on the Road to Repealing ObamaCare 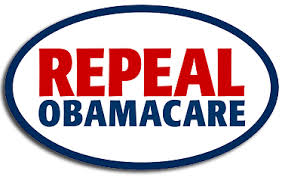 The House is set to send the president a bill repealing the majority of his signature health care law. While the president will certainly veto the bill, doing so merely underscores its implied promise: elect the right president in 2016, and ObamaCare's days are numbered.

Passing this reconciliation bill to repeal ObamaCare and sending it to President Obama is a fantastic way to start the new year, and FreedomWorks will score "yes" votes for this bill as our first Key Vote on our online congressional scorecard for 2016.

Once ObamaCare came into full effect in 2014, some prominent Republicans began suggesting that fighting ObamaCare was a waste a time, that since it is now the law of the land the best we can do is try to fix its worst parts. Passing this reconciliation bill should silence those naysayers, and keep the focus of health care reform where it ought to be - on eliminating ObamaCare in its entirety and enacting real reform in its place.

To that end, it is also encouraging that Speaker Paul Ryan has declared his intention to push House Republicans to finally advance an alternative health care reform bill of their own. Hopefully such a bill will adhere to principles of patient-centered care, allowing the innovation and competition of the free market to provide higher quality care accessible to all. You can read and download FreedomWorks' principles for what patient-centered health care reform should look like HERE.

As many Americans continue to pay the individual mandate penalties rather than purchase the overpriced, poor-quality insurance plans on the ObamaCare exchanges, as insurance companies continue to pull out of the exchanges and ObamaCare's insurance co-ops fail, and as the massive cost of ObamaCare continues to swell the government's deficit spending, passing this bill provides a fresh breath of optimism that ObamaCare can be stopped before it wrecks our already flawed health care system beyond hope of repair.