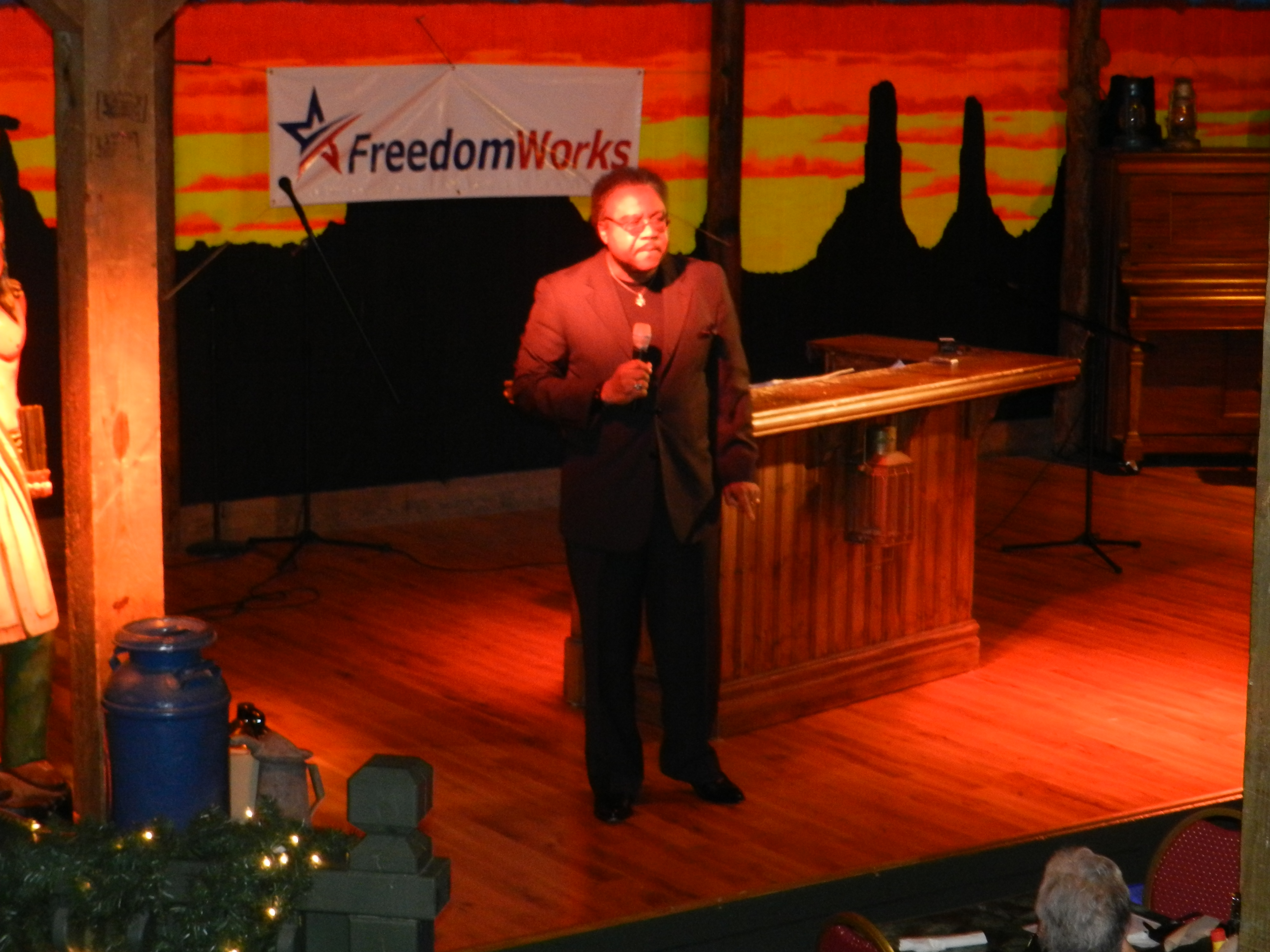 The black community has been kept in bondage by the U.S. government, the speaker of an upcoming Black History Month event sponsored by the N.C. Republican Party’s 1st Congressional District, said. C.L. Bryant, a Baptist minister, is appearing at an event scheduled for 6:30 p.m. Friday at Deadwood restaurant near Williamston. Tickets are $15 and include a meal.

Bryant, a former NAACP chapter president, was a founding member of two Louisiana-based tea party organizations. He also is the creator of “Runaway Slave,” a documentary “about the race to free the black community from the slavery of tyranny and progressive policies,” according to his website, clbryant.net.

“I am looking forward to building a bridge where a conversation can begin,” Bryant said in a telephone interview. “I hope to be a bridge between the black community and the grassroots tea party community. Many black people don’t understand how much they have in common with members of the grassroots movement. The only difference is the color of their skin. Their values are the same.”

He was a rising star because he was championing a lawsuit against the community’s school system. That changed when he was asked by the national organization’s director to speak at a pro-choice event. Bryant is staunchly pro-life and refused.

“When I declined to speak at this pro-choice rally, my star that had been rising abruptly began to set,” Bryant said. Within a year, he parted with the NAACP.

About that same time, Bryant was driving in Florida and came across talk radio’s Rush Limbaugh, who was berating then-presidential candidate Bill Clinton.

Bryant was intrigued by Limbaugh and became a regular listener.

“Over time, I began to realize what this guy was saying, that while the most part it was entertainment, he was saying what most people I knew were saying,” Bryant said. “There needs to be more self-reliance among all of us, black and white, and government needs to be less involved in our lives.”

“Once I decided to liberate myself, free myself from the system I was in, I began to think more for myself,” he said.

It was difficult at times. People he considered friends labeled him a sell-out. That led Bryant to create “Runaway Slave” because his wife said that is how his former civil rights colleagues would treat him, as a runaway slave who needed to be caught and returned to the fold and re-indoctrinated.

“I remember the separate water fountains, I remember sitting on the back of the bus. I was 9 years old when the ’64 and ’65 Civil Rights Acts were signed,” he said. “I am not speaking of something out of school. I’ve been on both sides.”

Bryant is a fellow with FreedomWorks, which describes itself as ”a grassroots service center dedicated to helping activists fight for lower taxes, less government, and more freedom.” He is a contributor to television talk shows and writes a monthly political column.

“Reverand Bryant is an absolutely awesome motivational speaker and a voice for liberty and freedom,” Garry Terry, chairman of NC Republican Party’s 1st Congressional District organization, said. “His message is to break down the political chains that bind and to unleash the creative nature of African Americans and encourage leadership. We feel that he is the perfect speaker to help us celebrate past accomplishments, preserve our national heritage and ensure that the gains of the past are not lost in a failed economy or the morally bankrupt social fiber being fostered by many leaders today. We must focus our attention on creative minds, the youth of America, and look forward to a prosperous and secure future for all Americans.”

Bryant said he hopes to see a cross-section of eastern North Carolinians at Friday’s event. “The one phrase I really have a distaste for is black outreach or African-American outreach,” Bryant said. “In order for (the Republican Party) to effectively secure black voting anywhere, it is simply a case of Republicans not being afraid to tell their story. It’s been effectively hijacked by the liberal media.”

For too long the Democratic Party has portrayed itself as the protector of black rights and black advancement, Bryant said. Democratic policies have made people too dependent on government support, he said.

“It’s time for us to awaken and live up to and remember what made us great as a nation. We need to remember that,” he said. What has made America great is individual achievement, he said.

“The question has to be is how long do we have to see the playing field as unequal. I defy any black person in America to name one thing in America that their skin color would stop them from achieving,” he said.

Deadwood is at 2302 Ed’s Grocery Road. For more information or to purchase tickets, visit http://ncgop1.com. Tickets also will be available at the door.

This interview was originally published in The Daily Reflector - February 25, 2015