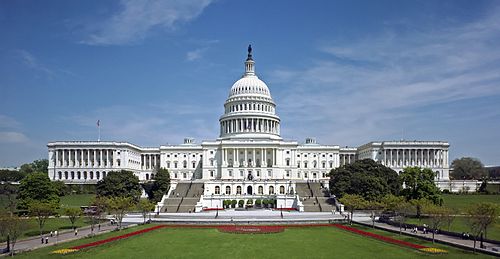 Anton, a researcher at Hillsdale College, makes many cogent arguments that this impeachment is a combination of political elites, powerful bureaucrats and leftist media giants that want Trump removed because he is challenging their perks and powers. Candidate Trump realized that the public had lost respect for the Republicans and the Democrats, and through hundreds of tweets he convinced the voters to elect him president. Thus, Trump defeated the Republican establishment, the Democratic establishment, the Clinton dynasty, and the media by tweeting his way to victory in 2016. Hence, the political elites want him removed from office. When Mueller failed to find evidence of wrongdoing, then Representative Schiff started the impeachment process.

What is most disturbing is that peacocks in Congress – House and Senate – are so focused on removing President Trump that they are failing We the People in their constitutional duty to make the laws. Particularly egregious is the refusal by Congress to pass budgets. Even during the impeachment hearing last week, another continuing resolution was passed to keep the federal government operating. Jason Pye of FreedomWorks revealed ten costly flaws that Congress – Democrats and Republicans – passed.

The legislation involved many things: abolishing spending limits, continuing mass government surveillance, extending the import and export bank, welfare, highways expenditures, the 2020 census, and flood insurance. These are important issues that Congress should earnestly be debating. Instead Congress is totally consumed by an impeachment that almost certainly will not lead to removal. Worse, the Congressional Budget Office estimates the continuing resolution passed last week will cost $77 billion over ten years.

Congress, you have failed in your duty to make the laws. You are playing juvenile grade school political games, and you have dangerously created more and more debt.

”First, deplorable-Americans will meekly accept President Trump’s removal, in which case the country as a self-governing republic will be finished; the elite coup will have succeeded, their grip on power cemented.”

“Second, deplorable-Americans will revolt at the ballot box and punish the elites in a series of elections, that put in power serious statesmen intent on rooting out corruption and reestablishing democratic accountability.”

“Or, third, deplorable-Americans’ attempt to set their government aright via ballots will not avail, as it has not so often in the past; they will realize that it has not, conclude that it never will, and resolve by any means necessary to get out from the thumbs of people who so obviously hate them and wish to rule them without their consent.”

Needless-to-say, these are very dangerous times for our republic. We the People must vote for serious statesmen that root out corruption and reestablish democratic accountability.

Democrats have a strategy of making excuses for EVERY election they lose. It will be due to racism, Russians or other foreign intervention, Voter suppression or some other phony, made up excuse. They will then marginalize, demean vilify, and "resist" every Republican that wins, just like they are doing with Trump and EVERY person he appoints. They are tearing this country apart and do not care, because all they really care about is political power and being in the majority-nothing else.