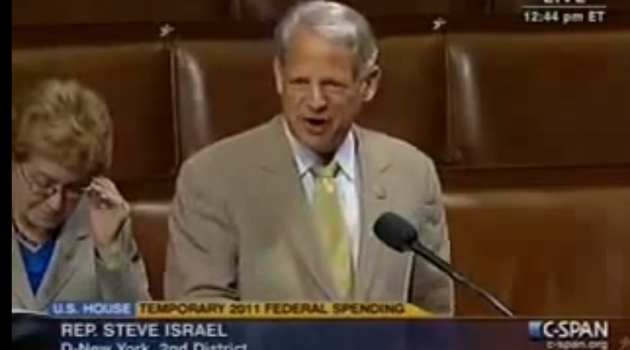 It’s clear racism is a key political strategy for Democrats as the mid-term elections approach.

First, Democrats claimed Republican racism was directed at blacks and now it’s being applied to Hispanics.

Last week, in a speech at Al Sharpton’s National Action Network, President Obama hammered away at the Republican efforts to pass voter ID laws, concluding these initiatives are intended to discourage minorities from voting.

“The right to vote is threatened today in a way that it has not since nearly five decades ago. Across the country, Republicans have led efforts to pass laws making it harder, not easier, for people to vote,” Obama said. He went on to say, “We won’t let voter suppression go unchallenged.”

Earlier at the conference, Attorney General Eric Holder insinuated that race was the reason why he and the president do not get fair treatment by Republicans.

During CNN’s “State of the Union,” Israel, who serves as the Democratic Congressional Campaign Committee chairman, claimed race was the reason why Republicans were opposed to passing immigration reform.

From the Associated Press:

The Republican base contains “elements that are animated by racism,” according the head of the Democrats’ committee to elect members to the House of Representatives.

Now Rep. Steve Israel of New York acknowledged Sunday on CNN’s “State of the Union” that “of course not” all Republicans are motivated by racism, yet many in the GOP oppose a bipartisan immigration bill on those grounds.

President Obama’s failures, including the extreme unpopularity of ObamaCare, threaten Democrat’s control of the Senate and has made their party desperate. It’s outrageous that Democrats are willing to tear our country apart along racial lines in order to maintain power.

While perhaps the comments made were inappropriate, It still doesn't create an excuse for Republicans and their clear an undeniable reasons for creating these totally nonsensical laws: To try and suppress the votes of minorities at the polls. The reason of course is purely political strategy and in reality, probably only slightly stalling the overwhelming realities facing the GOP: They are up against incredible odds as the growing minority population- which in some cases has either become the majority, or will be in the near future continues to show a solid support for the DNC, mainly because the GOP has had decades of catering to policy that is unfavorable to minorities, the working poor, and middle class.

To me these voting laws are merely acts of desperation and won't made a bit of difference in coming elections. So long as the GOP insists on pretending its the 1950's they will lose and lose again. Creating these stupid laws only further proves to the growing minority, future majority population that they are out of touch.

Requiring an ID to verify someone's identity is nonsensical? Can you explain exactly how requiring an ID would "suppress the votes of minorities"? Is there ANY logic behind your position?

It is Democrats who have a history of policy that is unfavorable to minorities. Jim Crow laws were passed by Democrat politicians. Segregation was defended by Democrats. Democrats were the main opponents of the civil rights legislation of the 50s and 60s. I challenge you to name a single civil rights achievement made by Democrats. Meanwhile, Republicans abolished slavery and enfranchised both blacks and women. Read a history book and get a clue.