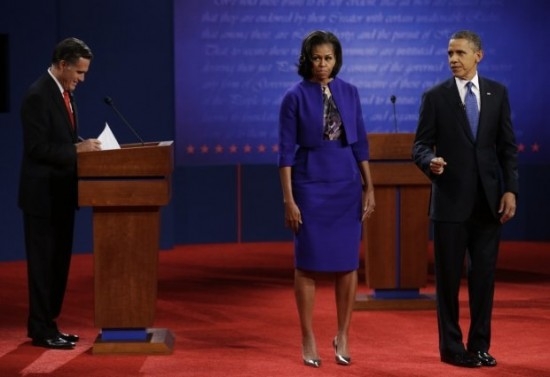 During President Obama’s speech in Cleveland, he indicated that he still wants to raise taxes on small businesses making over $250,000 a year on January 1st. He criticized House Minority Leader John Boehner for wanting to extend  tax cuts to the "rich" claiming that these were "not new ideas." He stated:

Cook Political Report has raised its midterm projected gains for House Republicans to a range of 35 to 45 seats. Cook has changed the ratings for 10 races with Democratic incumbents, moving 3 races from "Likely D" to "Lean D" while moving 7 from "Lean D" to "Toss Up" races. Republicans need 39 seats to win back the majority in the House of Representatives which was lost to the Democrats in 2006.

The Real Cost of the Auto Industry Bailout

Today, Politico’s Arena featured an online debate over the results of the automobile industry’s bailout. Many of the contributors have hailed the bailout as a success due to the perceived growth in the auto industry and, namely, in Michigan, Ohio, and Pennsylvania.

A government with moral and legal authority promulgates written rules and universally, impartially and uniformly enforces the rules, which provides a predictable and stable legal order on which to base economic and personal decisions.  The law prevails, not the proclamation or arbitrary decision of a ruler, government bureaucrat, the enforcer (e.g., policeman) or judge.

0
06/16/2010
Here's what we think of your financial "reform"
"https:\/\/www.freedomworks.org\/content\/heres-what-we-think-your-financial-reform?social=facebook_share"
null
https://fw-d7-freedomworks-org.s3.amazonaws.com/styles/thumbnail/s3/te_social_media_share/fw_default_0.jpg?itok=35IWEBMb
Blog

Here's what we think of your financial "reform"

The stock market made an attempt to stabilize at lower levels during the middle of this afternoon but was crushed, with the Dow Jones Industrial Average falling about 180 points in the last hour for a total fall of about 375 points on the day following news that disappointment-in-chief Senator Scott Brown changed his cloture vote on the Democrats' financial regulation bill, giving Harry Reid the 60th vote he needed to bring the measure up for a final vote, most likely in the next couple of days.

In his statement following his weather-thwarted attempt to view the enormous oil slick growing in the Gulf of Mexico, President Obama repeated his leading theme about the potential disaster: It's BP's fault and BP will pay the cost of the cleanup. Repeating: It's BP's fault. Did you hear me?  It's BP's fault! In case you're still unclear what the point is: It's not the federal government's fault. Whose fault is it, you ask?  It's BP's fault!  How many times do I have to say it?