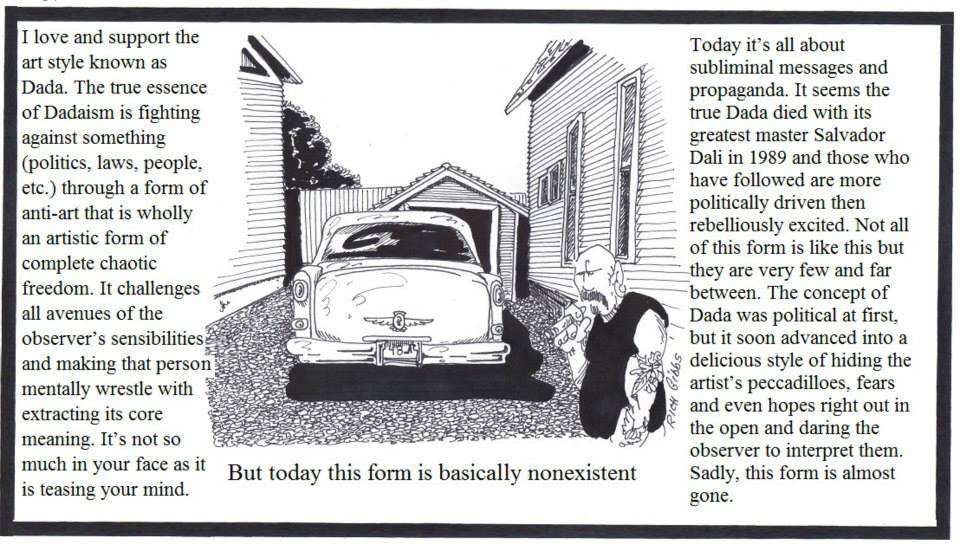 If you are looking for an illustrator who will shake up your safe zone and trigger your feelings of entitled victimhood, Rich Gibbs is the man for you. His hard-hitting editorial drawings and portraiture often knock you over the head and stir your emotions, but they never leave you in doubt of his intentions or love of liberty. A long-standing member of Liberatchik and supporter of our efforts to #TakeBackOurCulture, Rich has always delivered work that is pro-individual, pro-freedom and pro-American. His efforts to combine these narratives with masterful drawing skills and indefatigable perseverance in the face of criticism have made him one of our most politically outspoken artists. Gibbs’ editorial work encompasses themes ranging from historic portraiture and events to timeless philosophical concepts and current events and ideals.

In a series of editorial illustrations that he is currently working on for a group show with fellow Liberatchik artists scheduled for spring of 2016, Rich is depicting the over-reaching power of government, the willing complicity of the media, and the lazy acceptance of the American public. In ‘Alternate Reality TV’, brainwashed 20 somethings, plugged into their techno-media are blind to their collective self-destruction. College kids morph into monsters under the influence of the university system and community organizers; romanticizing an ‘any means necessary’ approach to social engineering in the name of ‘the common good’, in ‘Input’. In past works, Rich illustrates the growth and intrusiveness of the surveillance state and the incompetence and ulterior motives of the U.N.

Rich’s portraits are exquisite in their simplicity and energy, bringing to life heroes from the past and memorializing fellow combatants in the culture war. Editorial pieces and comics round out his extensive portfolio on social media, telling a more detailed and compelling story of our culture and political climate. You can see more by Rich on liberatchik.com and Facebook.