"Defund the Police" Is the Same Song and Dance from Democrats 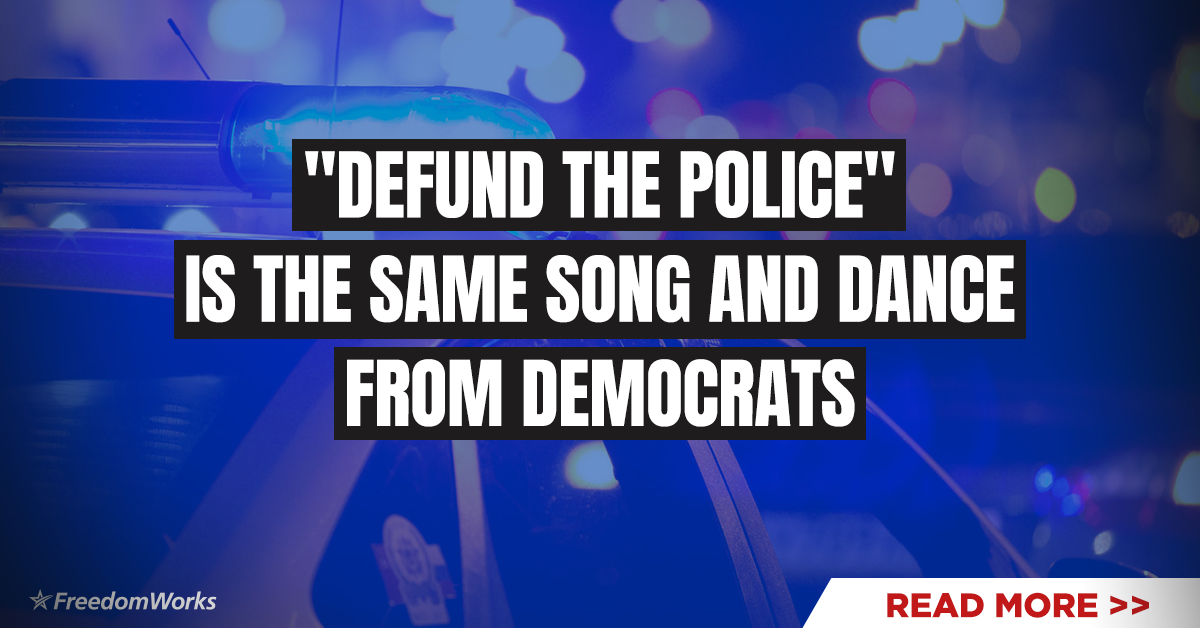 Kristin Tate writing in Newsweek has cogently analyzed the obfuscation and the power-seeking politics of the “Defund the police.” She writes: “’Defund the police’ began as a demand by radical left-wingers, but quickly became the new mantra du jour of mainstream Democrats. But make no mistake: Most large cities will not do away with their own police departments. Instead, left-leaning officials will use calls to ‘defund the police’ as a means to balloon the size of ineffective government programs.”

As usual, Speaker Pelosi quickly repeated the new “defund policy,” when she talked of “shuffle” money around. Ms. Tate correctly analyzed Pelosi’s political obfuscation: “Such calls are not for true police reform, but rather represent an opening for a return of Great Society-era social programs that devastated cities.”

A new Democrat star, Michigan Governor Gretchen Whitmer, says she supports the “spirit” of defunding the police and then regurgitates the new Democrat talking points, "rebuilding communities in a just and equitable manner to level the playing field, though not necessarily at the expense of police departments."

Of course, Sen. Kamala Harris (D-Calif.) joined the Democratic Party mantra, when she supported "affordable housing...social services...job training...[and] helping with mental health issues that communities are being plagued with."

Clearly, the expansion of the Great Society-era programs by the Democrats is a ploy to increase government employee union memberships that are major financial and political supporters of Democrat politicians. The scheme is very simple and powerful: Union bosses collect money from government employees and transfer the money to almost entirely Democrat federal and state candidates for political offices. These politicians, when in control of government, then negotiate with the union leaders on wages, health insurance, and retirement benefits of the government employees. This is why so many states like Illinois and my state – Oregon - have enormous debt problems because of unfunded government employee retirement systems.

Ms. Tate clearly understands and frames the game plan of the Democrats: “Seeing blood in the water, unions and politicians are already angling for control and increased funding. United Teachers of Los Angeles wants an end to police presence in schools to pay for more unionized employees and administrators. Similar demands are being advanced in Chicago and New York City. Groups in Boston, including the Youth Justice and Power Union and the Muslim Justice League, are calling for at least a 10 percent slash in the police budget and increased funding for "coronavirus relief, public health, housing, education and youth jobs."

Sen. Tim Scott (R-S.C.) has called for a comprehensive study of African-American men and boys. Included in that study should be the effectiveness of the Great Society programs and especially the impact those welfare programs had on children raised in a single-parent family for all racial groups in America. An honest assessment of all racial groups would highly likely find an ever-increasing dependence on welfare, the breakdown of the two-parent family, and the destruction of societal ethics and norms. Federally controlled welfare in America is a very sad failure that most certainly is contributing to very destructive behavior and broken lives.