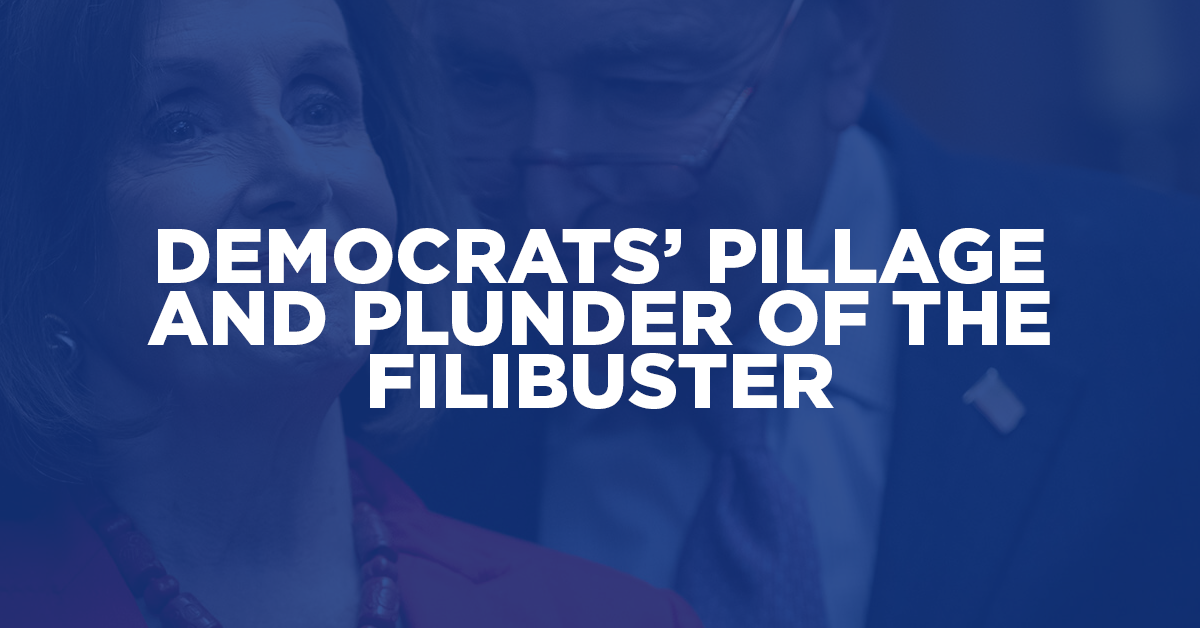 To no one’s surprise, in a string of recent legislative actions, both Speaker of the House Pelosi (D-CA 12th District) and Senate Majority Leader Schumer (D-N.Y.) have churned out as much legislation as possible in as little time as possible by declaring deadlines that only serve to rush the legislative process. These actions create fodder for the Democratic party and much of their mainstream media to bash the Republican party and its Senate members for using the filibuster in order to give the bill the time and deliberation it deserves.

Since the writing of the Constitution and the founding of our government, the legislative branch and its procedures were intended to be carried out with careful and much needed deliberation and, of course, time. It is for this reason that the Senate was intended to operate in such a way that differed from the House. The “Soul of the Senate,” or the filibuster, was created so that bills and their effects on the greater country could be explored and discussed to their fullest extent without the constraints of time, and furthermore, without allowing mob rule to ensue. Despite this rich and important history of time and the filibuster, Democrats such as Senate Majority Leader Chuck Schumer disregard this pivotal aspect of the Senate and, instead, seek to use each opportunity as a club against their opposition and advocate for abolishing the filibuster, only to be heavily aided by their comrades in the mainstream media.

Why time (and the filibuster) is important in the legislative process:

Why fast tracking bills through the Senate undermines public confidence in government:

The legislative process is not a game ripe for abuse from Democratic leaders, or any leader. The legislative process is a delicate balance between an individual’s liberty and the security of the nation as a whole that must be guaranteed the time it deserves. What may seem like “action” and “good intentions” from Democratic leaders to “do something” is merely another attempt to expand the already overinflated power of government and use their friendlies in the media in order to attack the Republican party -- and destroy the system of governance so carefully laid out by our founders -- simply to advance their partisan agenda.