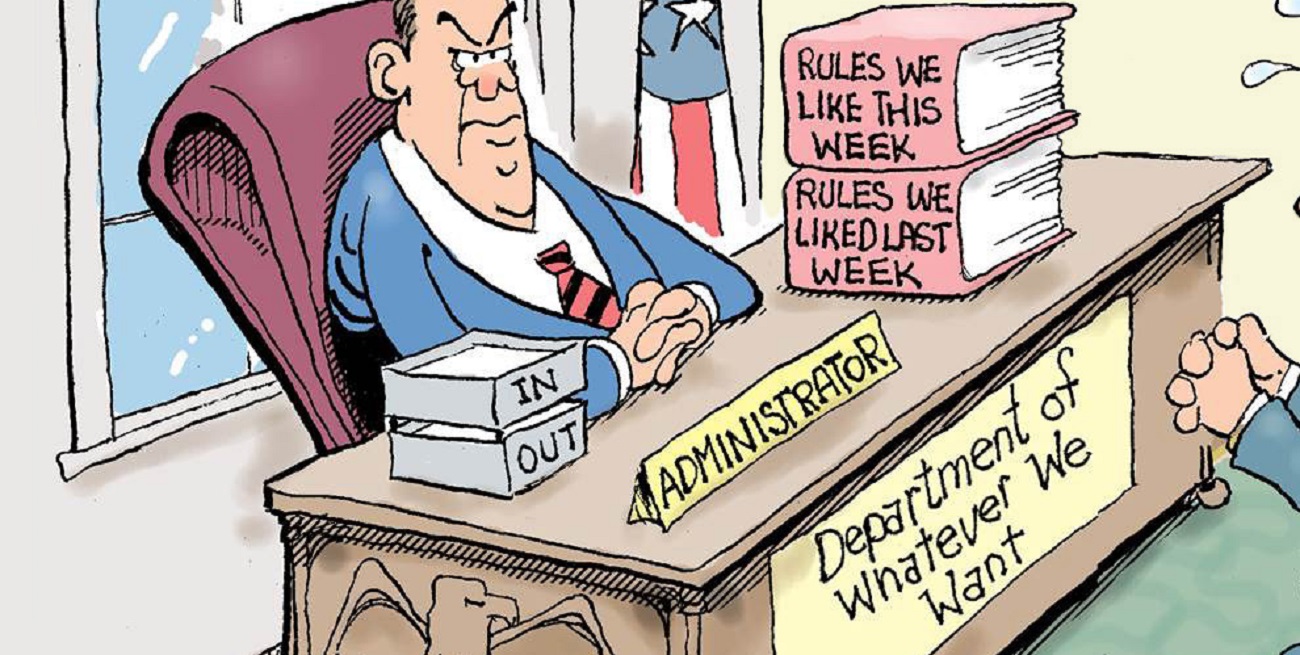 The Congressional Review Act was a product of the bipartisan of then-Sens. Don Nickles (R-Okla.) and Harry Reid (D-Nev.). The law requires federal agencies to submit reports on rules to each chamber of Congress and the Government Accountability Office. Congress has 60 legislative days from the submission of the report or its publication in the Federal Register, whichever comes later, to take legislative action through a resolution of disapproval to cancel the rule.

The resolution, which cannot be filibustered in the Senate, must be signed into law by the president. If the Congressional Review Act is successfully used to cancel a rule, the federal agency cannot produce another rule that is "substantially the same."

Joined in a statement by then-Sen. Ted Stevens, Sens. Nickles and Reid said, "This legislation will help to redress the balance [between the branches], reclaiming for Congress some of its policymaking authority." Separately, then-Sen. Carl Levin (D-Mich.) said that the Congressional Review Act brought "a new day, and one a long time in coming."

As explained in FreedomWorks' February issue brief, Combating the Regulatory State Through Congressional Action, the Congressional Review Act has been used sparingly in the past. Prior to the 115th Congress, only one rule had been overturned through the 1996 law. The only canceled rule was the Department of Labor's ergonomics rule, which was published in the final days of the Clinton administration. Congress passed S.J.Res. 6 and President George W. Bush signed into law in March 2001.

The Congressional Review Act has been given new life in the 115th Congress. Fourteen resolutions to cancel midnight rules -- those published in the final days of the Obama administration -- have passed both chambers. Only one has been defeated. According to a report by Sam Batkins of the American Action Forum, in 2015 Congress has saaved more than $60 billion in regulatory costs through the Congressional Review Act.

The legislation introduced by Sen. Booker and Rep. Cicilline would substantially reduce federal lawmakers' ability to hold the regulatory state in check. The Sunset the CRA and Restore American Protections (SCRAP) Act, S. 1140 and H.R. 2449, would repeal the Congressional Review Act and allow federal agencies to repromulgate rules cancled under the law.

While Sen. Reid may have often been blinded by partisanship in his final years in the upper chamber, but in a moment of clarity during his last speech, he defended the Congressional Review Act.

"I know some of my Democratic colleagues will say: Why did you do that? Here is what I did. I worked with Republican Senator Don Nickles from Oklahoma...Don and I talked about this. We knew the administration would change and it would affect every President, Democratic and Republican. It was called the Congressional Review Act," Sen. Reid said in December 2016. "What that said is the President promulgates a regulation and Congress has a chance to look it over to see if it is too burdensome, too costly, too unfair."

Congress should consider ways to expand the Congressional Review Act to give it more teeth. One of the ways to do this is the Regulations from the Executive in Need of Scrutiny (REINS) Act. The REINS Act requires that an economically significant rule -- one with an annual economic impact of $100 million or more -- be approved by Congress within 70 days and signed by the president before it can have any force or effect.

The House has already passed the REINS Act, H.R. 26, introduced by Rep. Doug Collins (R-Ga.). The Senate, however, hasn't acted on the companion bill, S. 21, introduced by Sen. Rand Paul (R-Ky.). That could change soon, however. The REINS Act is on the agenda at this morning's Senate Homeland Security and Governmental Affairs Committee business meeting. The committee should advance the bill and Majority Leader Mitch McConnell (R-Ky.) should schedule it for a floor vote.