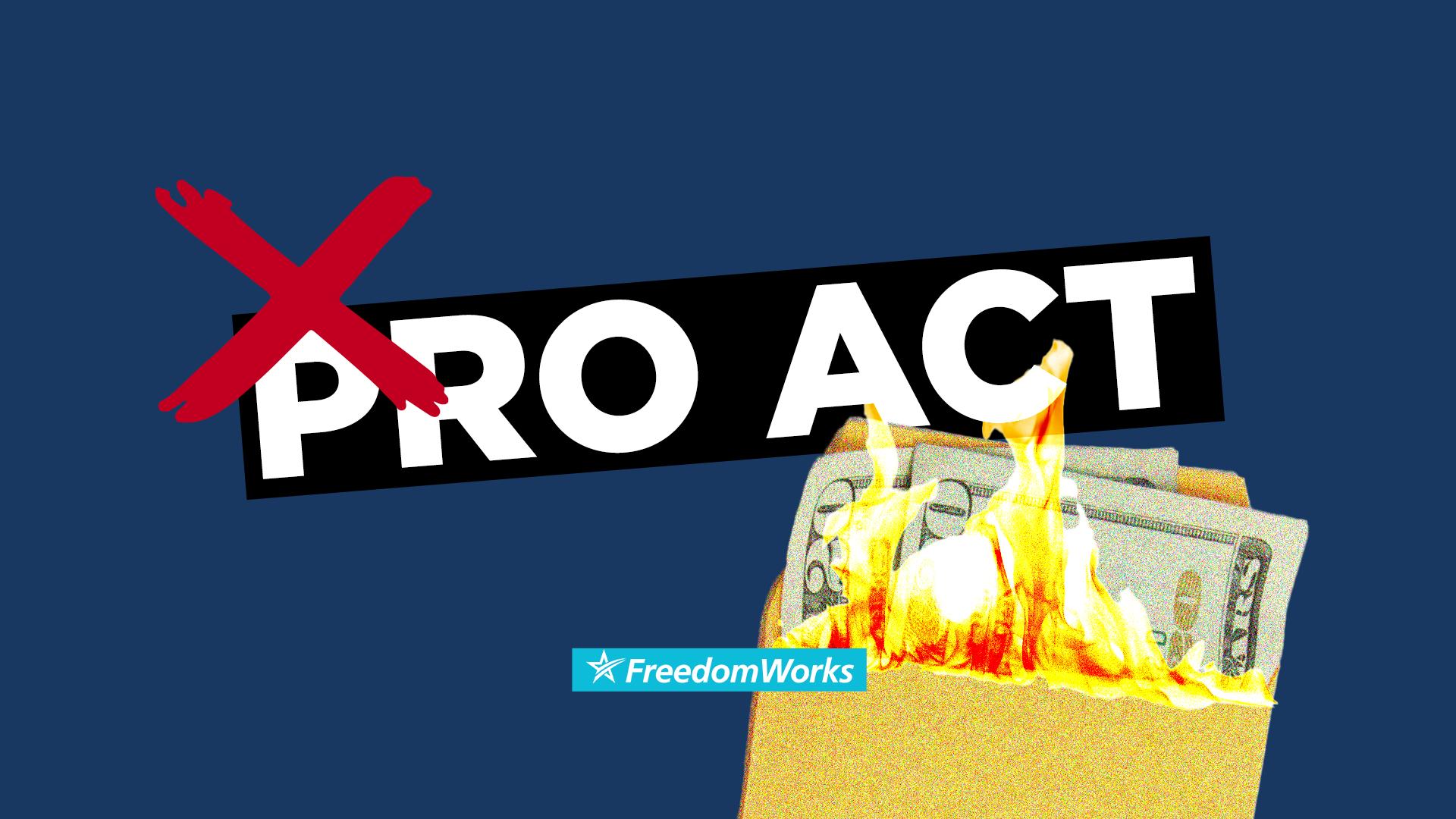 Currently, Washington Democrats are pushing their radical agenda through the halls of Congress with a mere party-line vote using the budget reconciliation process.

Their package includes every far-left priority from “free college" to the Green New Deal, as well as generous handouts to the left’s political allies. Alongside a $50,000 journalist tax credit, the Democrats’ package includes a big labor giveaway. Whether it be a much sought-after tax break or the weaponization of federal labor law, this package is filled with carve-outs for unions primarily aligned with the Democratic Party.

Incorporated into the Democrats' $3.5 trillion reconciliation plan are critical provisions of the PRO Act, a bill that would fundamentally transform the relationship between worker and employer.

If made law, the PRO Act would:

Passed in the House, the PRO Act is at a screeching halt in the Senate, where the filibuster is keeping this radical legislation at bay. Unfortunately, Democrats are using the partisan reconciliation process to include key pieces of the legislation into their Big Government Socialist Spending Bill.

In its current form, the reconciliation package would change the National Labor Relations Act by inserting the penalty provisions of the PRO Act into the bill. This would fundamentally alter labor relations in the United States as employers could face fines ranging from $50,000 to $100,000. This substantial increase is destined to embolden big labor to assert more unfair practices claims against employers.

There is no shortage of far-left priorities stuffed into the Democrats’ ridiculous Big Government Socialist Spending Bill. Their big labor giveaway is just one of many provisions added to this bill to benefit progressive political allies at the expense of the American people.

The PRO Act is a dangerous and radical piece of legislation that takes power out of workers’ hands and places it firmly in the hands of union bosses. Every American should have the right to decide whether or not to join a union. Unfortunately, Democrats intend to impose top-down control from Washington, removing workers’ freedom to make their own decisions. Its incorporation into the Democrats' reconciliation package underscores the importance of preserving the filibuster and protecting the rights of employees to make their own choices.

The Democrats’ big labor giveaway is yet another egregious example of the reconciliation package being used as a vehicle to line the pockets of their political allies. There is no question that we must work to defeat this radical legislation.