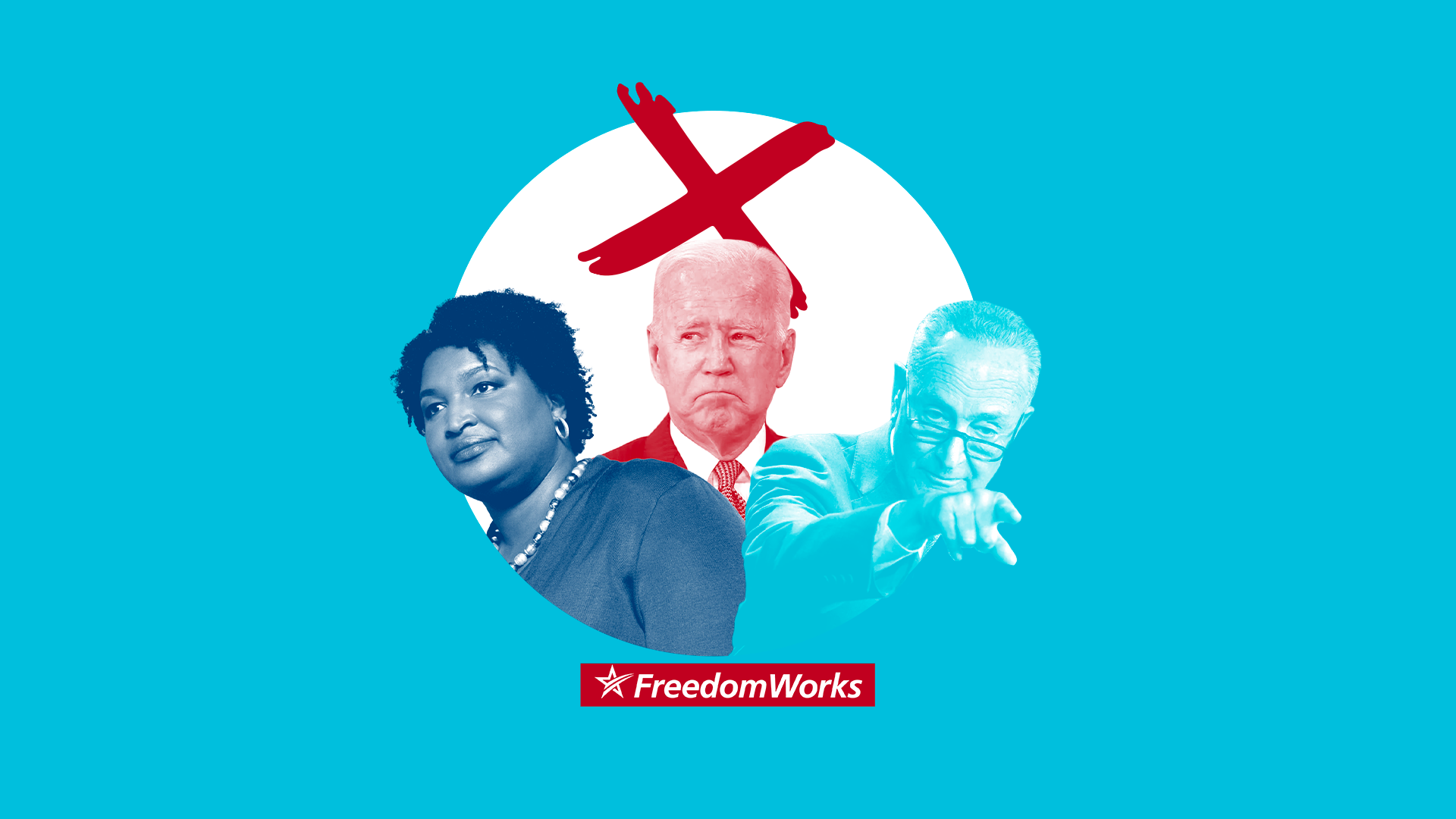 Amid plummeting poll numbers, rising inflation and a Supreme Court smackdown, President Biden traveled to the Peach State earlier this week not to celebrate the University of Georgia’s national championship the night before, but to foretell the doom of Americans’ right to vote. According to Biden and leading Democrats Chuck Schumer and Stacey Abrams, the only way to save America is to pass their party's sweeping election reform legislation, the so-called Freedom to Vote Act and the John Lewis Voting Rights Advancement Act. Sounds simple, doesn’t it? What American could oppose bills with names like that?

As usual, upon closer inspection we find that Democrats are far out of touch with Americans. Biden and fellow Democrats have spent his first year in office drumming up asinine fears that huge swaths of Americans are losing the right to vote. In reality, Democrats are doing this to distract from the fact that their election reforms instead do the opposite of what Americans support. Democrats’ election reforms would do away with photo ID requirements, prevent the cleaning of voter rolls, and facilitate ballot trafficking.

Recent polling conducted by Scott Rasmussen shows that more Americans are concerned with making it harder to cheat at the polls than making it easier to vote. Less than half of voters, 43%, actually support Democrats’ legislation to reform voting laws.

Worse still, Democrats have deliberately muddied the waters in their messaging by focusing on “voting rights” rather than electoral safeguards such as photo ID laws. The same Rasmussen poll shows that of voters who strongly support Democrats’ election reform bills, over half believe incorrectly that the legislation would in fact implement photo ID laws. Only 38% of those who strongly support Democrats’ legislation understand that it bans photo ID. Democrats are governing as if they have a sweeping mandate on election reform, but even their staunchest supporters do not know what their push to defend “voting rights” really means.

But what do voters actually think of photo ID laws? An overwhelming four in five Americans support showing an ID before casting a ballot. A similar number, 71%, say that they would vote for a candidate who supports requiring ID before casting a ballot as opposed to one who votes against it. If that’s not a litmus test for your generic ballot, what is? Americans are clearly behind identification requirements. However, Democrats’ election reform legislation does nothing to strengthen such requirements; instead, it does the opposite.

Most Democrats seem to have stayed away from publicly commenting on their lack of support for safeguards like photo ID. Those that do engage do so via a racial lens, despite the fact that minority voters support photo ID laws by a wide margin.

To cover their weak point, Democrats, with the help of left-wing media outlets, have crafted an alternate reality in which Americans’ right to vote is under constant threat from Republican state legislatures. How could it be, then, that the laws these legislatures have put on the books — such as requiring photo ID, cleaning ballot rolls and obligating that all ballots be received by Election Day — receive widespread public support?

Furthermore, if there really was such a widespread assault on the right to vote, how did Democrats secure unified government in 2020? How did they flip the House in 2018? How was Barack Obama elected twice in an electorate that has long supported showing your driver's license at the polls?

By creating a “crisis” surrounding the right to vote in America, Democrats are intentionally misleading the nation about what their version of election reform entails. In truth, their agenda is widely unpopular, and the more voters understand it, the less they support it. Biden and Democrats know this, which is why they continue to betray the nation’s trust in their quest for political gain at the expense of election integrity.

Peter Vicenzi is the director of communications at FreedomWorks.

On behalf of FreedomWorks’ activist community, I urge you to contact your representative and ask him or her to vote NO on the NASA Enhanced Use Leasing Extension Act, H.R. 5746. This bill is nothing more than a vehicle for Leader Chuck Schumer to fast-track legislation to federalize our elections and eventually dismantle the legislative filibuster.