President Poutypants is really revealing his petulant side. The government has shut down several times before now, but this president has been so spiteful as to close down outdoor monuments and even privately-funded sites that have never been shut down before. Now, his foot-stomping has sunk to a whole new low. The Obama administration is denying death benefits to our fallen heroes while at the same time keeping his favorite golf course open and running.

Last weekend, four members of the United States Army gave their all for our nation. As the families began to grieve for their loved ones, the Obama administration made their loss even worse by insultingly refusing to pay death benefits due to the government shutdown. 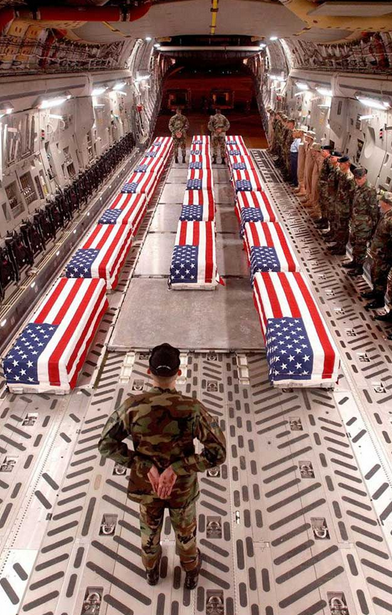 Normally, $100,000 is wired to the surviving kin within 36 hours of losing a loved one to cover funeral expenses and the loss of the service members paycheck. It also assists family members with travel costs to Delaware in order to meet the plane carrying the body of their fallen soldier. Shannon Collins, who lost her son, said

"The government is hurting the wrong people...Families shouldn’t have to worry about how they’re going to bury their child."

This behavior from our goverment is unacceptable.

“It is upsetting because my husband died for his country, and now his family is left to worry.”

It would appear that the powers that be on the left are feeling some heat on this “disgrace.” Some of them, like Rep. Braley seem oblivious (he’s just mad his gym no longer has towel service), but some are taking it a little more seriously. Harry Reid said that this gratuity would “be restored, without any question.” We're waiting.

The House is expected to vote on legislation this afternoon to make sure that happens.  The question is- why was this ever an issue?

"We gave broad authority to the Department of Defense to pay all kinds of bills, including this," House Speaker John Boehner said. "And frankly, I think it's disgraceful that they're withholding these benefits...the House is going to act specifically on this, and I hope the president will sign it." In the meantime, a private group has stepped in to help these families with grants to ease the financial burden.