Did Obama Delay the Individual Mandate? 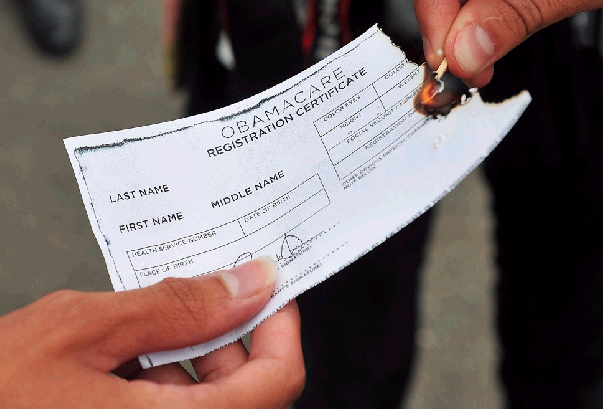 Can we burn these now?

Short answer: I don't think he did.

The WSJ and others have recently claimed that President Obama has quietly, in a roundabout way, waived Obamacare's individual mandate for two years.

I think they're over-interpreting.

What the president did was extend for two years (think: election cycles) his existing, unilateral policy of deeming people whose insurance was cancelled in 2013 due to Obamacare to have experienced a "hardship" -- a policy that effectively exempts them from the individual mandate penalty.

But under the hardship waiver policy promulgated by the federal Department of Health and Human Services (HHS), people have to apply for a waiver, provide documentation showing that they actually meet one of the criteria on HHS's list, and secure formal approval from HHS.

A number of commentators have pointed to the fact that the hardship waiver criteria list is long and open-ended (the last item says merely, "You experienced another hardship in obtaining health insurance. Please submit documentation if possible"); so yes, a lot of people could try to evade the individual mandate by submitting vaguely worded, undocumented claims. But again, approval is up to the bureaucracy. (Think: Lois Lerner.)

Should the mandate be delayed?

Absolutely -- by Congress, not the president (who has no authority to do so).

In fact, the GOP-led House of Representatives has voted to delay it on three separate occasions (President Obama and the Democratic Senate opposing them each time).

The record is clear: a solid, bipartisan majority of the House wants to delay Obamacare's individual mandate.

Are You an Obamacare Victim?

Are we stuck with Mandate Day forever?

April 15th is just around the corner. This year’s Tax Day is extra special because it marks the first ever “Mandate Day,” when ObamaCare fines Americans who did not purchase government approved health insurance.