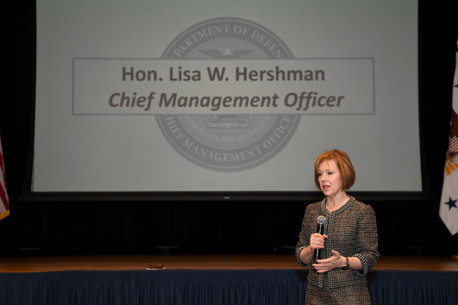 NDAA is a feeding trough for special interests. As a result, defense discretionary spending has continued to rise. The base spending level for defense in FY 2021, including the overseas contingency operation (OCO) fund, was set in the Bipartisan Budget Act of 2019 at $740.5 billion. Although defense discretionary spending has continued to grow, there have been several reports in the media about wasteful spending at DOD.

In December 2016, the Washington Post reported that the DOD spiked an internal report documenting $125 billion in waste. The fear, as the Post noted at the time, was that “Congress would use the findings as an excuse to slash the defense budget.” Our friends at OpenTheBooks have also noted the “use-it-or-lose-it” spending habits of all federal agencies, including DOD. Agencies will spend dollars as the fiscal year winds to a close to show that they need more money, not less.

Members of Congress pay lip service to cutting wasteful spending and redundancies out of DOD, but nothing ever seems to happen. Sen. Lindsey Graham (R-S.C.) once wrote, “I believe we can reduce defense spending in a responsible manner through reform and efficiencies.” Yet, after the first successful reform effort enabled by Congress is beginning to show real results, Congress is seeking to neuter the effort.

Section 901 of the National Defense Authorization Act for FY 2017 created the position of chief management officer inside the DOD. The idea for this position, which is nominated by the President and confirmed by the Senate, was to have someone with significant private sector management and business experience be given the sole responsibility and authority to identify wasteful spending and inefficient bureaucracy. Essentially, by bringing an outsider with private-sector experience and no ties to the defense industry inside the bureaucracy to streamline processes and make the Pentagon more efficient, opportunities for real reform could be identified and implemented.

In July 2019, President Trump submitted Hershman’s name to the Senate to serve as the Chief Management Officer. She was confirmed by a voice vote in December 2019, bringing with her skills from the private sector, including hands-on experience in the transformation of multi-billion dollar international businesses private-sector businesses and a consulting practice that included 75 of the Fortune 100 on her client list Hershman literally wrote the book on large-scale business transformation, co-authoring the internationally published Faster Cheaper Better with the late Dr. Michael Hammer, the founder of the field of business process re-engineering. Steve Forbes strongly endorsed her for the job, writing, “Hershman has the institutional bona fides, business experience, and reformer attitude necessary to transform one of the largest bureaucracies in the world. She has spent her career focusing on how to overhaul organizations and make them effective.”

Hershman’s office found $6.5 billion in savings in 2019, according to the Washington Post, through reforms like updating information technology processes and changing contract structures, among others. This week, Hershman told Politico her office has identified inefficiencies “to the tune of $21 billion.” That’s not a bad track record for someone who has been confirmed on the job for just six months. And it’s even more impressive when you realize these savings aren’t the result of slashing and burning, the typical approach to generating “savings” that in the context of national defense could mean a weaker military. Hershman has identified her approach as an alternative to across-the-board cuts, finding savings instead by rooting out inefficiencies and bad business practices.

Unfortunately, the swamp is pushing back.

Section 911 of the NDAA for FY 2021 would terminate the position of chief management officer before September 30, 2022. Although the Senate Armed Services Committee does recommend that the secretary of defense transfer the responsibilities of the chief management officer to the deputy secretary of defense, history and independent analysis have noted that the deputy secretary’s portfolio is already quite extensive and there’s no requirement that deputy secretaries have any experience or expertise in business operations. Rep. Mac Thornberry (R-Texas) has included similar language in the House version of NDAA, although his approach would reportedly eliminate the position even sooner.

In decades of efforts to produce operational reform and business efficiency in the Pentagon, this is the first time any meaningful progress has been made. Eliminating the position of chief management officer seems to be a horrible idea, and this effort reeks of the influence of rent-seeking special interests seeking to protect their contracts with the DOD. Hershman has endorsed some changes to the role, but she called the elimination of the office a decision that “is a guaranteed failure.”

If Congress is serious about reform at the Department of Defense, it’s time they support the CMO with the same vigor as the rhetoric they offer in press releases in support of reform.

On behalf of FreedomWorks activists nationwide, I urge you to contact your senators and ask them to vote in the manner prescribed for each amendment below to the National Defense Authorization Act for Fiscal Year 2021, S. 4049, should these amendments be allowed votes. FreedomWorks may count the votes on these amendments for purposes of our 2021 Congressional Scorecard and, as is always the case, reserves the right to score any other amendments not listed below that are brought to the floor for votes, as well as related procedural or other votes.